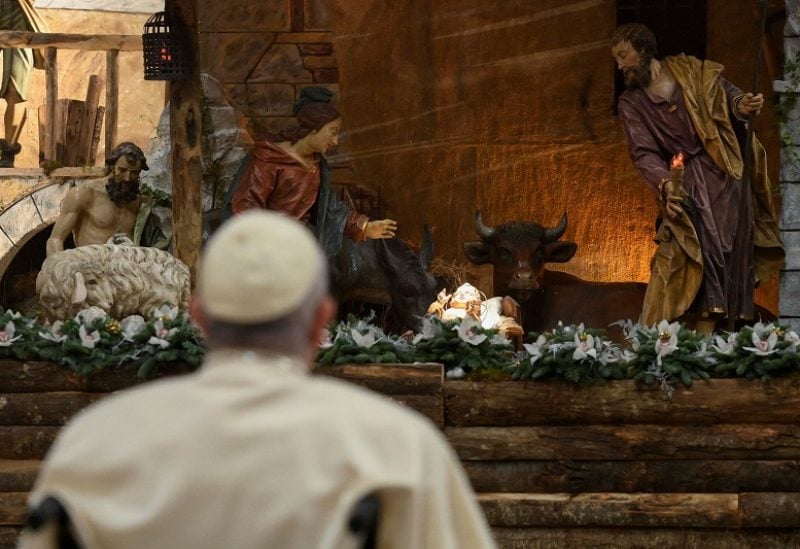 Pope Francis looks at a statue of baby Jesus while celebrating Christmas Eve mass in St. Peter's Basilica at the Vatican, December 24, 2022. Vatican Media/­Handout via REUTERS ATTENTION EDITORS - THIS IMAGE WAS PROVIDED BY A THIRD PARTY.

Celebrating the birth of Jesus Christ, a ceremony led by Pope Francis was held Sunday at the Vatican for the Christmas Festival.

This year, 7,000 people watched Christmas Mass held at the Vatican’s famous St. Peter’s Basilica with limited participation for the last two years because of the coronavirus pandemic.

The pope warned about greed and consumption and said people have been consuming their neighbors and even their brothers due to their hunger for power and money.

Emphasizing that the poor should not be forgotten at Christmas, he said he also thinks of children victimized by wars.​​​​​​​

Francis, the spiritual leader of the Catholic world, will address the traditional “Urbi et Orbi,” or Rome and the world, in which he gives messages about world issues, after Christmas Mass at noon.