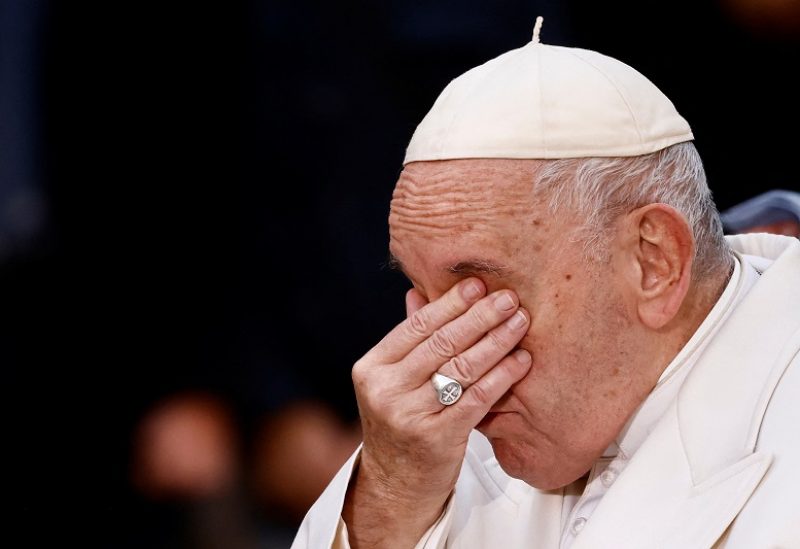 During a traditional prayer in central Rome, Pope Francis broke down in tears on Thursday (December 8) when he mentioned the worsening situation in Ukraine amid the ongoing war. The Pope was talking about the sufferings of Ukrainians. His voice began to tremble and he was seen putting his hand on his face. It looked like he was wiping the tears off his face.
He had to stop as was unable to speak for about 30 seconds. When he resumed the prayer, his voice was cracking.
Before he had to stop because of the overwhelming emotions, he said, “Immaculate Virgin, today I would have wanted to bring you the thanks of the Ukrainian people (for peace)”.
When he was able to, he continued: “Instead, once again I have to bring you the pleas of children, of the elderly, of fathers and mothers, of the young people of that martyred land, which is suffering so much.”
A few weeks before, Pope Francis said that reform in the United Nations is “more than obvious” after the coronavirus (COVID-19) pandemic and the ongoing Russia-Ukraine, which caused global fuel and food crises.
In an extract from his book, Pope said that the Ukraine war has highlighted the need to ensure the current multilateral structure finds “more agile and effective ways of resolving conflicts”.
“In wartime, it is essential to affirm that we need more multilateralism and a better multilateralism,” Pope said in the extract published by La Stampa daily. But the UN is no longer fit for “new realities”, he added.
Pope said that the world body was founded to prevent the horrors of two World Wars from happening again, but the threat represented by those conflicts persists. He said, “Today’s world is no longer the same.”
“The necessity of these reforms became more than obvious after the pandemic” when the current multilateral system “showed all its limits”, he further added.