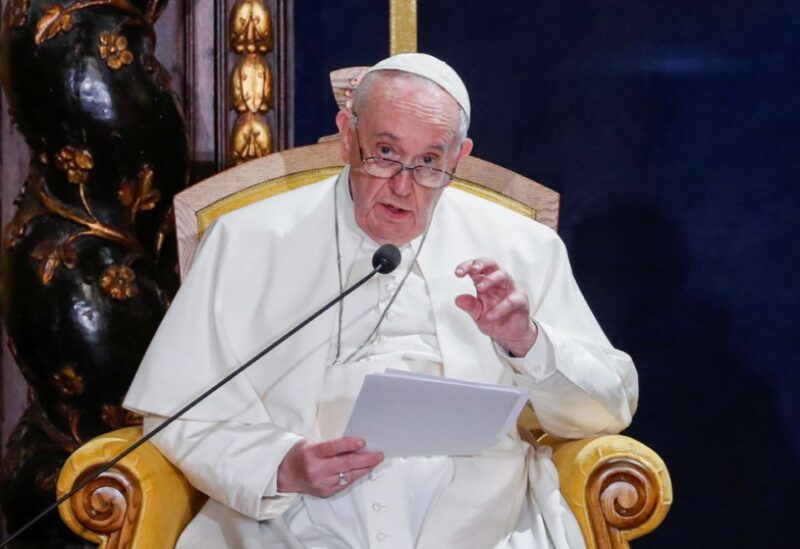 Pope Francis speaks in the “Ambassadors' Chamber” of the Grand Master’s Palace in Valletta, Malta, April 2, 2022.

Pope Francis declined to make a distinction between “good and bad” in the Ukraine war, according to the daily La Stampa, which reported on the Pope’s talk with editors of Jesuit European cultural publications.

When asked if he supported Russia’s President Vladimir Putin, the Pope said, “No, I am not; I am simply opposed to simplifying complexity to a binary dichotomy between good and bad.”

Pope Francis plans to visit Patriarch Kirill of the Russian Orthodox Church in Kazakhstan in September.