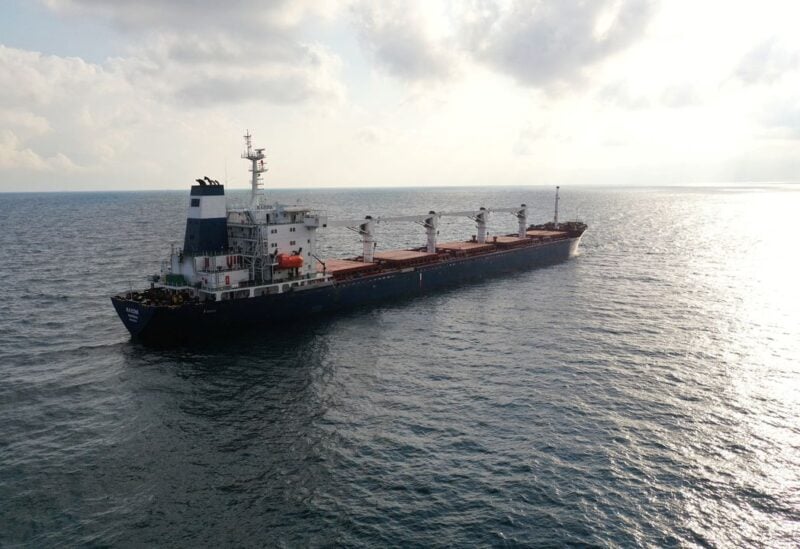 Pope Francis on Sunday praised the first ships carrying grain that had been under Russian embargo as they left Ukrainian ports on the Black Sea, saying the development should serve as a model for negotiations to put an end to the conflict in Ukraine.

Thanks to an agreement for the shipment of grains and fertilizer between Moscow and Kyiv that was mediated by Turkey and the UN last month, the first ship, the Razoni, sailed on August 1 and seven more followed until Sunday.

It came after U.N. warnings of possible outbreaks of famine in some areas of the world due to a halt in grain shipments from Ukraine that had squeezed supplies and sent prices soaring.

“This step shows that it is possible to conduct dialogue to reach concrete results, which help everyone,” Pope Francis said at his weekly address to pilgrims and tourists in St. Peter’s Square.

“This event presents itself as a sign of hope and my own heartfelt wish is that following this path, it will be possible to bring an end to the fighting and reach a just and lasting peace,” he said.

Before Russia’s invasion of Ukraine, Russia and Ukraine together accounted for nearly a third of global wheat exports.

The resumption of grain exports is being overseen by a Joint Coordination Centre (JCC) in Istanbul where Russian, Ukrainian, Turkish and U.N. personnel are inspecting ships.

In June, the pope appealed for an end to the blockade on seaborne exports of wheat from Ukraine, saying the grain could not be used as a “weapon of war”.