Pope in 2013 signed resignation letter in case of bad health 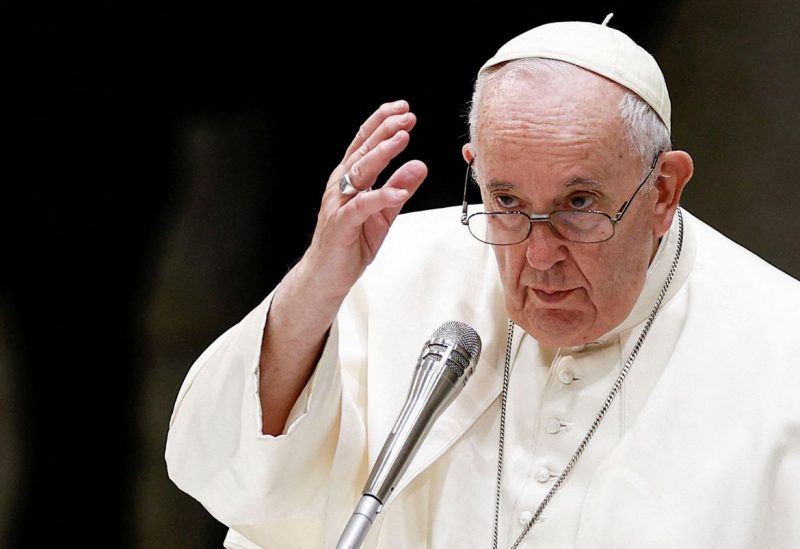 Pope Francis revealed in a new interview published on Sunday that after he was elected in 2013 he signed a letter of resignation to be used if someday severe and permanent health problems made it impossible to carry out his duties.

Francis, who turned 86 on Saturday and appears to be in good health except for a knee ailment, made the comment in an interview with the Spanish newspaper ABC.

Francis said he gave the letter to then Vatican Secretary of State Cardinal Tarcisio Bertone, who was a holdover from the previous papacy of Benedict XVI. Bertone remained in the position for about six months after Francis was elected on March 13, 2013.

Francis has often said he would resign if health impaired him from running the 1.3 billion-member Roman Catholic Church.

Francis was asked if he believed an official norm should be established for cases when health problems or an accident impeded a pope.

“I have already signed my resignation. Tarcisio Bertone was Secretary of State. I signed it and I told him: ‘In case of impediment for medical reasons or whatever, here is my resignation’,” Francis was quoted as saying.

“You have it. I don’t know to whom Cardinal Bertone may have given it, but I gave it to him when he was Secretary of State,” Francis said, adding he was revealing it for the first time in public.

In an interview with Reuters in July, Francis dismissed speculative reports his resignation was imminent and repeated his often stated position that he might resign someday if failing health made it impossible for him to run the Church – something that had been almost unthinkable before Benedict XVI, now 95, resigned in 2013. It was the first papal resignation in six centuries.

Since July, Francis has made three international trips – to Canada, Kazakhstan and Bahrain – and plans to visit Democratic Republic of Congo and South Sudan Jan. 31-Feb. 5.

He was to have made that trip last July but his knee problem forced its postponement. He now uses a cane for short walks and a wheelchair for longer indoor distances.

In the ABC interview, Francis said he believed Pope Paul VI (1963-1978) and Pope Pius XII (1939-1958) had signed similar resignation letters. Both pontiffs, however, died while in office.