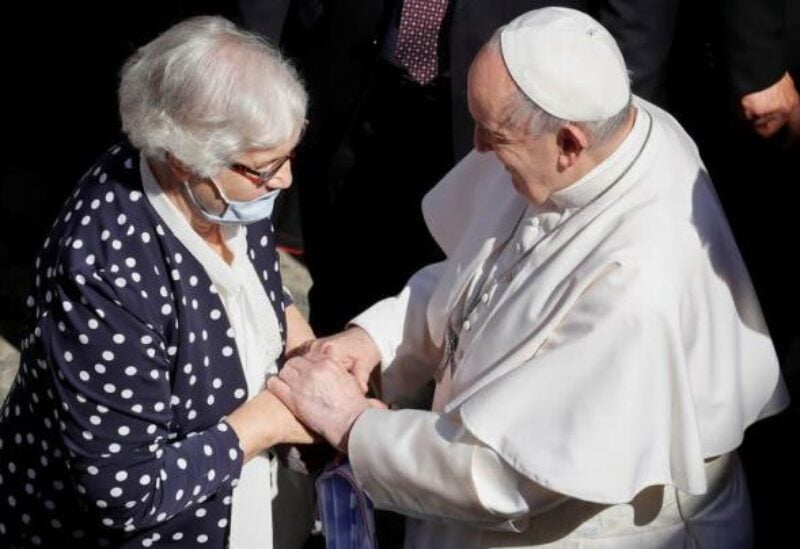 Pope Francis kissed the number tattooed on the arm of a survivor of medical experiments at the Auschwitz Nazi concentration camp when she was introduced to him on Wednesday, and listened intently as a Polish priest who accompanied Lidia Maksymowicz told him of her story.

Maksymowicz then rolled up her left sleeve to show him the number – 70072. The pope kissed it and she hugged him.

The 80-year-old woman and her family were taken from their home in Belarus to the Nazi death camp in German-occupied Poland in December 1943, shortly before her third birthday.

According to a documentary about her life, she was put in a children’s barracks, where she and others were the subjects of medical experimentation by Doctor Josef Mengele.

After the camp was liberated in 1945, Russian soldiers assumed her mother Anna – tattooed with the number 70071 – was dead. The girl was adopted and raised by a Catholic Polish family.

Born Ludmila Boczarowa, she did not know her birth mother had survived and they were briefly reunited shortly before her mother’s death in the early 1960s.

Maksymowicz is the subject of a documentary called “70072: The Girl Who Couldn’t Hate. The true story of Lidia Maksymowicz”.

She often meets young people in schools to discuss the dangers of populism and extremism.

The Nazis and their allies killed nearly six million Jews, as well as others, in German-occupied Europe.

Over a million people, most of them Jews, were murdered at Auschwitz camp. The vast majority were gassed to death.