Pope says abortion is “murder” but U.S. bishops should not be political 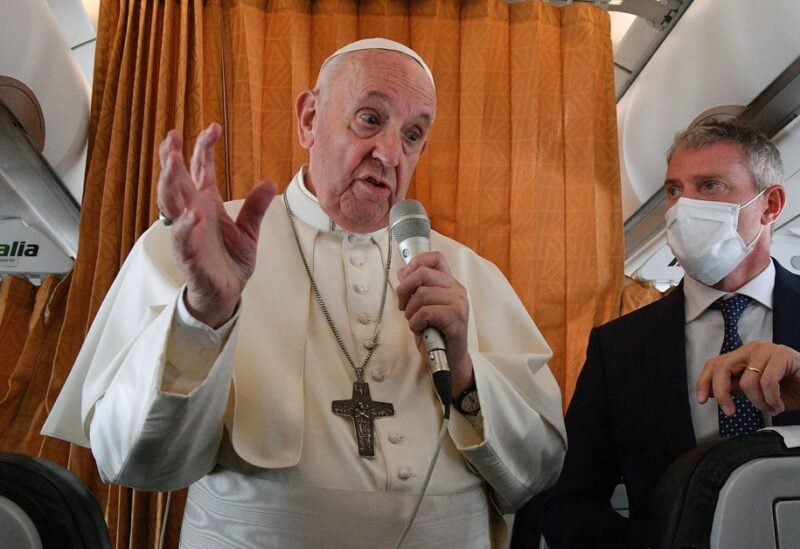 On Wednesday, Pope Francis stressed that abortion is “murder,” especially when it occurs soon after conception, but he appeared to criticize certain American Catholic bishops for dealing with US President Joe Biden’s pro-choice stance in a political rather than pastoral manner.

On the way back from Slovakia, Francis was asked for his thoughts on the dispute inside the United States Bishops Conference over whether Biden, a devout Catholic, should be refused communion because of his support for a woman’s freedom to choose, despite his personal opposition to abortion.

“I never refused anybody communion. But, to be honest, I had no idea I had someone in front of me like you described “he added, without going into detail.

Last June a divided conference of U.S. Roman Catholic bishops voted to draft a statement on communion that may admonish Catholic politicians, including Biden.

“Communion is not a prize for the perfect … communion is a gift, the presence of Jesus and his church,” the pope said.

“Abortion is murder.. Those who carry out abortions kill,” he said.

“At the third week after conception, often even before the mother is aware (of being pregnant), all the organs are already (starting to develop). It is a human life. Period. And this human life has to be respected. It is very clear,” he said.

“Scientifically, it is a human life,” he said.

On Tuesday the Biden administration formally asked a federal judge to block enforcement of a new Texas law that effectively bans almost all abortions in the state under a novel legal design that opponents say is intended to thwart court challenge.

The Republican-backed law forbids abortions performed once cardiac activity has been detected in the embryo, typically starting at six weeks of gestation.

Church law says a Catholic who procures an abortion automatically excommunicates themselves from the Church.

But there is no clear policy on Catholic politicians who say they have no choice as elected officials to support abortion rights even if they are personally opposed.

This has led to heated debates in the U.S. Church.

The pope said bishops should deal with the problem in a pastoral instead of a political way.

“A pastor knows what to do at any moment but if he leaves the pastoral process of the Church he immediately becomes a politician,” Francis said.