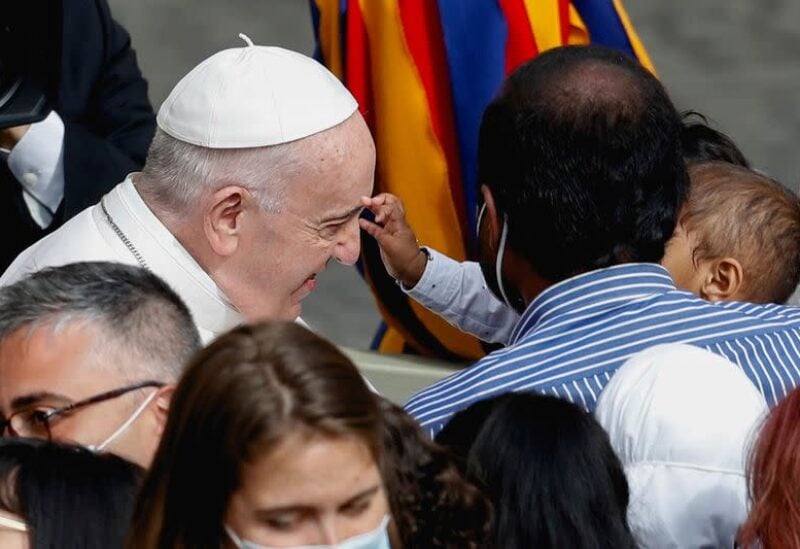 On Sunday, Pope Francis expressed his sadness over the discovery of the remains of 215 children in a former Catholic school for indigenous pupils in Canada, and called for respect for native peoples’ rights and cultures.

Francis, on the other hand, did not offer the forthright apology that some Canadians had demanded. Canadian Prime Minister Justin Trudeau said two days earlier that the Catholic Church must accept responsibility for its role in many of the schools.

Indigenous leaders and school survivors said the Church needed to do much more.

“We’re all hurting and depressed. I mean, who isn’t?” According to Bobby Cameron, chief of Saskatchewan’s Federation of Sovereign Indigenous Nations.

Francis asked Canadian political and religious leaders to “cooperate with determination” to shed light on the discovery and seek reconciliation and healing while speaking to pilgrims and tourists in St. Peter’s Square for his weekly blessing.

“The Canadian people, who have been shaken by the awful news,” Francis stated, he felt close to.

Between 1831 and 1996, a number of Christian denominations ran the residential schools on behalf of the government. The Catholic Church was in charge of the majority of them.

The discovery of the children’s bones at the Kamloops Indian Residential School, which closed in 1978, has resurrected old scars and fueled indignation in Canada about a lack of information and accountability.

“The terrible find adds to our awareness of the past’s agony and suffering,” Francis stated.

“These trying times serve as a stark reminder for all of us to separate ourselves from the colonizer model… and to walk side by side in discussion and mutual respect in the acknowledgement of all of Canada’s sons and daughters’ rights and cultural values,” he added.

The residential school system forcibly separated about 150,000 children from their homes. Many were subjected to abuse, rape and malnutrition in what the Truth and Reconciliation Commission in 2015 called “cultural genocide”.

“Let us pray for the families and native communities of Canada destroyed by suffering,” he stated before urging the gathering to join him in quiet prayer.

Francis has already repented for the Church’s participation in colonialism in the Americas, having been elected pope 17 years after the final school was shuttered.

However, whenever visiting places and speaking with native peoples, he has typically chosen to make direct apologies. There are no plans for a papal visit to Canada.

Francis apologized for the “many grave sins (that) were committed against the native people of America in the name of God” while visiting Bolivia in 2015.