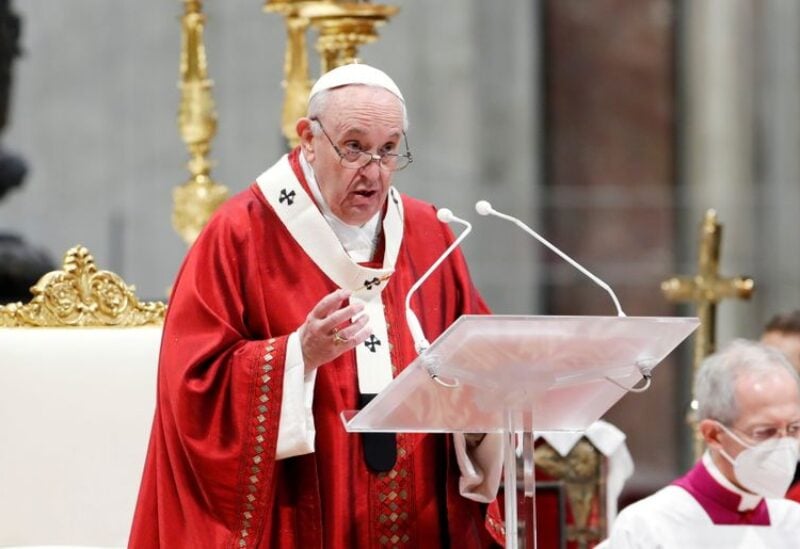 Amid the crisis between Russia and its pro-western neighbor Ukraine, Pope Francis on Friday slammed humanity’s “attachment to war” and deplored the “threatening winds” on the doorstep of eastern Europe
“We are attached to wars, and this is tragic,” the 85-year old head of the Catholic Church told the Congregation for the Oriental Churches at the Vatican.
“Humanity, which prides itself on being ahead in science, in thought, in so many beautiful things, is lagging behind in weaving peace. It is a champion in making war.”
The US has accused Russia of planning to invade Ukraine within days, a charge denied by Moscow, which claims to have begun withdrawing some of the 149,000 troops that Kyiv now says are on its borders.
“Threatening winds are still blowing across the steppes of eastern Europe, lighting the fuses and fires of weapons and leaving the hearts of the poor and the innocent freezing,” Francis said.
He said many had hoped that humankind’s taste for war might be sated by the third millennium, “yet humanity still seems to be groping in the dark.”