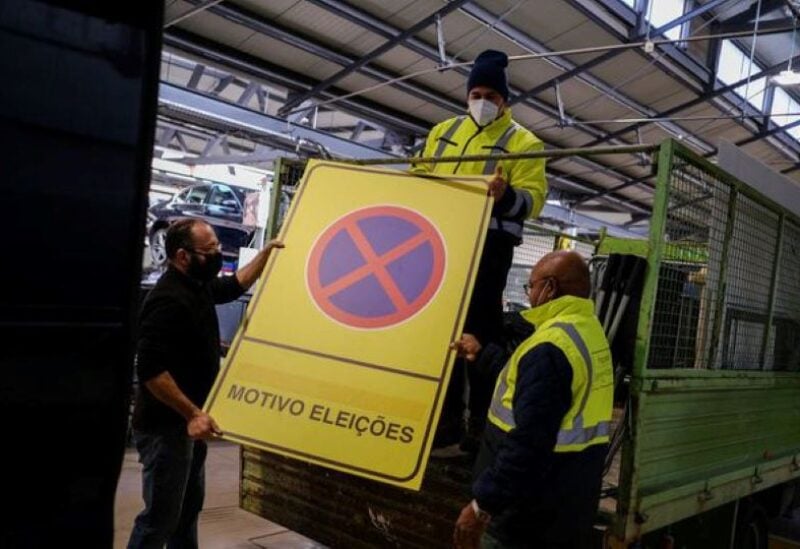 Volunteers prepare a polling station at an auto repair shop for the snap elections, in Lisbon, Portugal

The Portuguese will vote in a sudden legislative election on Sunday, with no obvious winner in sight and uncertainty heightened by potentially poor turnout amid record coronavirus outbreaks.

The administration has authorized people who have been infected to leave isolation and vote in person, advising them to do so in the last hour before voting booths close at 7:00 p.m. (1900 GMT) and assuring “total safety” throughout the vote.

COVID-19 is projected to be isolating more than a tenth of Portugal’s 10 million inhabitants. Infections have recently increased in several European nations, fueled by the Omicron variety, although extensive immunization has kept fatalities and hospitalizations lower than in previous rounds.

The election is extremely open, with the ruling centre-left Socialists losing most of their advantage in opinion surveys to the biggest opposition party, the centre-right Social Democrats, and neither party expected to gain a solid majority.

The vote, scheduled in November after parliament rejected the minority Socialist administration’s budget package, is expected to exacerbate political volatility and result in a short-lived government, unless one of the major parties can put together a functioning coalition, which might be difficult.

Instability might impede Portugal’s access to a 16.6 billion-euro ($18.7 billion) EU pandemic recovery aid package, as well as the successful use of the money in initiatives designed at stimulating economic development in Western Europe’s poorest country.

“I hope it settles and we have a solid government, no more uncertainty,” Paulo Pinto, a 43-year-old auto technician in Lisbon, said. “I just hope that enough people vote and make their voices known notwithstanding COVID.”

Sofia Mantua, a 27-year-old pharmacy worker, said she felt comfortable enough as she prepared to vote with her own pen, disinfectant, and a higher-grade face mask than the standard medical one.

“We also come into contact with infected persons on a daily basis, so the risk is already present. I don’t think I’ll be willing to take a bigger risk “She mentioned voting.