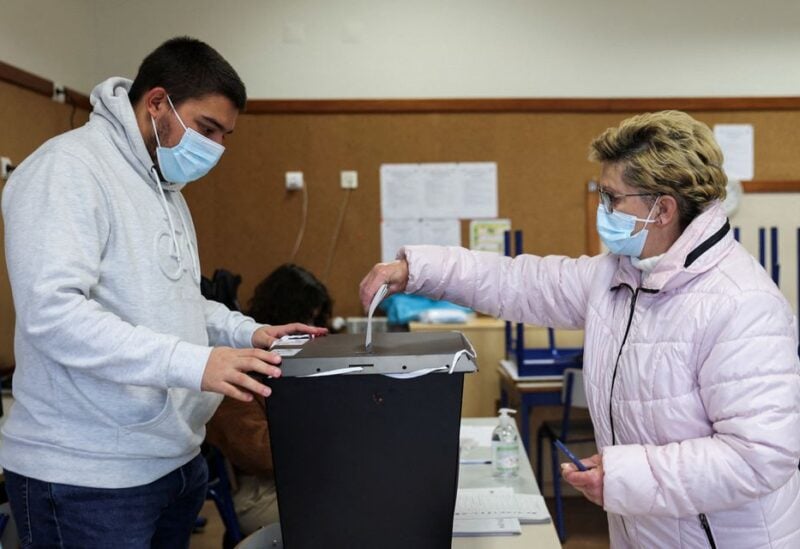 Portuguese voters went to the polls on Sunday in a parliamentary election with no clear winner in sight and uncertainty increased by potentially low turnout amid record coronavirus infections.

Polling stations opened at 8:00 am (0800 GMT). At the University of Lisbon, staff outnumbered mostly elderly voters, with signs on the walls asking people to wear a mask, observe social distancing and to use their own pen.

Some even wore gloves for extra protection.

“I have been vaccinated, and I haven’t had COVID yet… But I felt very safe,” said Maria Odete, 73, adding that the election race appeared too close to produce a stable government capable of bringing positive change.

The government has allowed those infected to leave isolation and cast ballots in person, recommending that they do so in the last hour before polling stations close at 7:00 pm (1900 GMT) and promising “absolute safety” during the vote.

Over a tenth of Portugal’s 10 million people are estimated to be isolating because of COVID-19. As in many European countries, infections have spiked lately, stoked by the Omicron variant, although widespread vaccination has kept deaths and hospitalizations lower than in earlier waves.

The election is wide open as the centre-left ruling Socialists have lost much of their lead in opinion polls to the main opposition party, the centre-right Social Democrats, and neither is likely to win a stable majority.

Low turnout could make projections unreliable, analysts say. Abstention was already record at 51% in the 2019 general election before the pandemic.

The vote, called in November after parliament rejected the minority Socialist government’s budget bill, is likely to worsen political volatility and could produce a short-lived government, unless one of the main parties manages to cobble together a working alliance, which could be a daunting task.

“We want more stability but I don’t think that’s what is going to happen. I think we’ll have one or two years of instability,” said Mario Henriques, 42, as he walked out of the polling station in a rush, wearing sports clothes.

Instability could complicate Portugal’s access to a 16.6-billion-euro ($18.7 billion) package of EU pandemic recovery aid and the successful use of the funds in projects aimed at boosting economic growth in western Europe’s poorest country.

“We are in a time of crisis…and therefore we need leaders with an open mind, who create wealth, who make the country work,” 81-year-old Maria Natalia Quadros said after voting, adding though that her expectations were low.