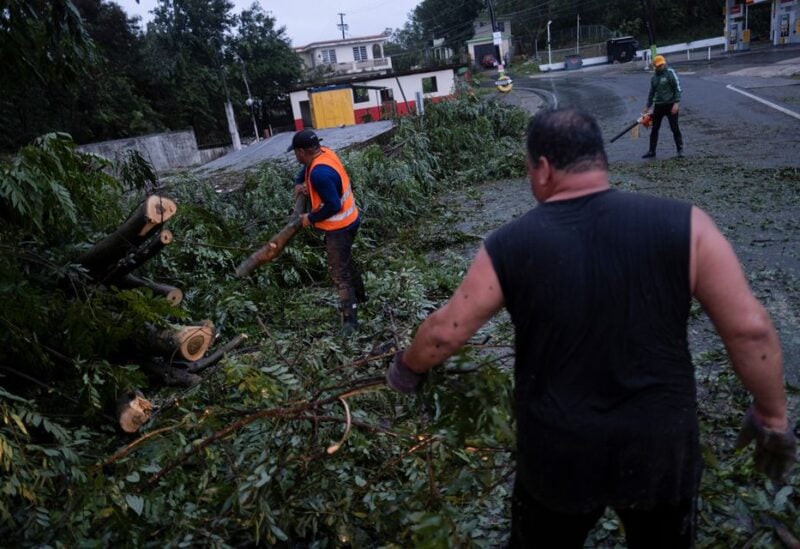 People clear a road from a fallen tree after Hurricane Fiona affected the area in Yauco, Puerto Rico September 18, 2022. REUTERS

Stormy weather Fiona made landfall in eastern Canada with hurricane-force winds on Saturday, nearly a week after wreaking havoc in the Caribbean.

According to the National Hurricane Core in the United States, the storm’s center, now known as Post-Tropical Cyclone Fiona, was passing eastern Nova Scotia, delivering severe gusts and heavy precipitation.

Fiona was expected to bring severe gusts, storm surges, and heavy rain. Although a gradual decrease was predicted over the following several days, Fiona was likely to continue hurricane-force winds until Saturday afternoon, according to the NHC.

Previously classified as a hurricane, the storm pounded Caribbean islands earlier this week, killing at least eight people and knocking out power to nearly all of Puerto Rico’s 3.3 million residents during a scorching heat wave. Five days later, over a million people were still without electricity.