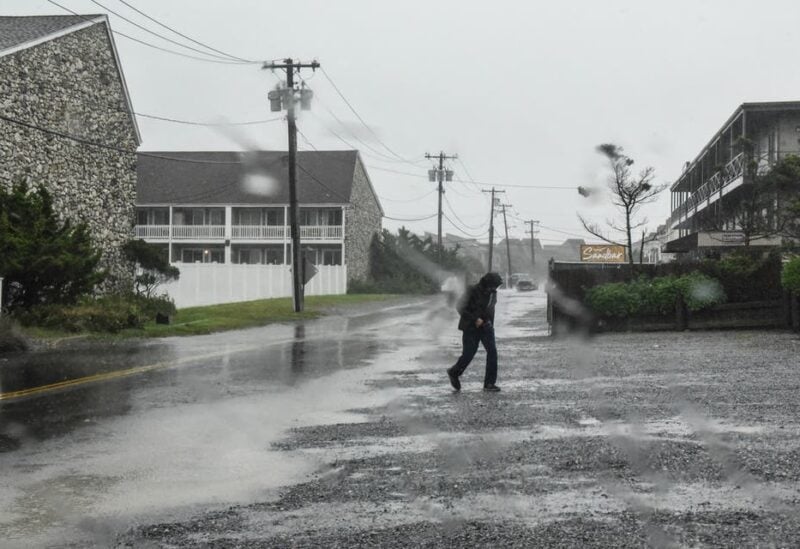 Since the storm quickly escalated in intensity, New Orleans Mayor LaToya Cantrell said it wasn‘t possible to order a mandatory evacuation for the entire city, which would require using all lanes of some highways to leave the city. (File photo: AFP)

Residents across Louisiana’s coast Saturday were taking one last day to prepare for what is being described as a “life-altering” Hurricane Ida which is expected to bring winds as high as 140 mph (225 kph) when it slams ashore.

The storm is expected to make landfall on the exact date Hurricane Katrina devastated a large swath of the Gulf Coast 16 years earlier. But whereas Katrina was a Category 3 when it made landfall southwest of New Orleans, Ida is expected to reach an extremely dangerous Category 4 hurricane, with top winds of 140 mph (225 kph) before making landfall likely west of New Orleans late Sunday.

“This will be a life-altering storm for those who aren’t prepared,” National Weather Service meteorologist Benjamin Schott said during a Friday news conference with Louisiana Gov. John Bel Edwards.

Ida intensified rapidly Friday from a tropical storm to a hurricane with top winds of 80 mph (128 kph) as it crossed western Cuba. It’s expected to pick up steam when it goes over the warm waters of the Gulf of Mexico.

In New Orleans, city officials said residents need to be prepared for prolonged power outages, and asked elderly residents to consider evacuating. Collin Arnold, the city’s emergency management director, said the city could be under high winds for about ten hours. Earlier Friday, Cantrell called for a mandatory evacuation for residents outside the city’s levee protections – a relatively small sliver of the city’s population.

With the storm’s forward speed slowing down and the intensity picking up, the storm surge may overtop some levees that protect parts of New Orleans on the west bank of the Mississippi River, said Heath Jones, emergency manager, of the Army Corps of Engineers’ New Orleans District. However he said they’re designed to be overtopped and have protections in place to prevent more damage. There does not appear to be any danger of storm surge coming over the levees that protect the city’s east bank, which makes up most of the city, he said.

Across the region, residents were filling sandbags, getting gas for cars and generators and stocking up on food. Capt. Ross Eichorn, a fishing guide on the coast about 70 miles (112 kilometers) southwest of New Orleans, said he fears warm Gulf waters will “make a monster” out of Ida.

“With a direct hit, ain’t no telling what’s going to be left – if anything,” Eichorn said. He added: “Anybody that isn’t concerned has got something wrong with them.”

A hurricane warning was issued for most of the Louisiana coast from Intracoastal City to the mouth of the Pearl River. A tropical storm warning was extended to the Mississippi-Alabama line.

At the same time hospitals are preparing for the storm, they are still dealing with a fourth surge of the coronavirus. Officials decided against evacuating New Orleans hospitals. There’s little room for their patients elsewhere, with hospitals from Texas to Florida already packed with patients, said Dr. Jennifer Avengo, the city’s health director.

At the state’s largest hospital system, Ochsner Health System, officials ordered 10 days worth of fuel, food, drugs and other supplies and have backup fuel contracts for its generators. One positive was that the number of COVID-19 patients had dropped from 988 to 836 over the past week – a 15 percent decline.

Ida made its first landfall Friday afternoon on Cuba’s southern Isle of Youth. The Cuban government issued a hurricane warning for its westernmost provinces, where forecasters said as much as 20 inches (50 centimeters) of rain could fall in places, possibly unleashing deadly flash floods and mudslides. Landfall in the U.S. is expected late Sunday in the Mississippi River delta region.

If that forecast holds true, Ida would hit 16 years to the day that Hurricane Katrina made landfall with 125 mph (201 kph) winds near the riverside community of Buras.

Katrina is blamed for an estimated 1,800 deaths from the central Louisiana coast to around the Mississippi-Alabama state line.

A massive storm surge scoured the shores and wiped houses off the map. In New Orleans, failures of federal levees led to catastrophic flooding. Water covered 80 percent of the city and many homes were swamped to the rooftops. Some victims drowned in their attics. The Superdome and New Orleans Convention Center became scenes of sweltering misery as tens of thousands were stranded without power or running water.