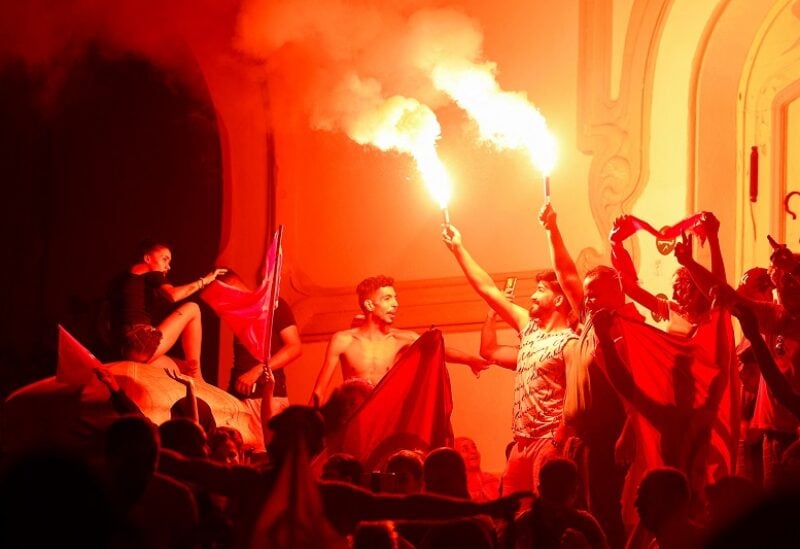 “They were in power for 10 years and did nothing. Let this man do his job!” the 54-year-old said after voting in a referendum on the charter on Monday.

“We believe in him and we’ll support him until the end.”

Monday marks a year since Saied sacked the government and froze parliament in a dramatic move against a system praised as the only democracy to emerge from the 2011 Arab uprisings — but also hobbled by chronic crises and corruption.

He has since tightened his grip on power and pushed to replace the country’s 2014 constitution with a document that would lock in his virtually unchecked powers.

She hopes it will be “the starting point for real change, as the president will be able to implement the policy he sees as the most appropriate for the country’s interests.”

But Aya said she was “optimistic” that Saied could change things.

Many of those casting votes in Tunis were happy to tell journalists that they had voted “yes” — despite rules on electoral discretion.

Chokri, who was helping his aged father reach a polling booth at a school in Tunis, said he agreed.

“We approve of all these measures and that’s why we came today to give a big ‘Yes’ to Saied and his decisions,” the 45-year-old said.

Despite Tunisians having had just weeks to read or discuss the new constitution, few doubted the yes vote would win.

But observers also said voter turnout was key and would reflect Saied’s popularity.

Saied’s opponents, including the Islamist-inspired Ennahdha party that had dominated Tunisian politics since 2011, called for a boycott.

Despite that, the ISIE electoral commission said almost 12 percent of registered voters had cast ballots by 1 p.m. (1200 GMT).

“The rate of participation isn’t bad at all, said Raouf Ben Moussa, deputy head of a polling station in the heart of Tunis, with 428 out of over 9,000 voters having cast their ballots by 9:30.”

Saied came under fire for giving a speech on Monday urging a yes vote for “a new republic based on genuine freedom, justice and national dignity,” despite his own electoral law stipulating campaign silence until the polls closed.

One “no” voter, who asked not to be named, said those telling journalists they had voted in favor were “trying to intimidate others who reject this constitution.”

“Anyone who loves Tunisia must come and vote yes,” she said.