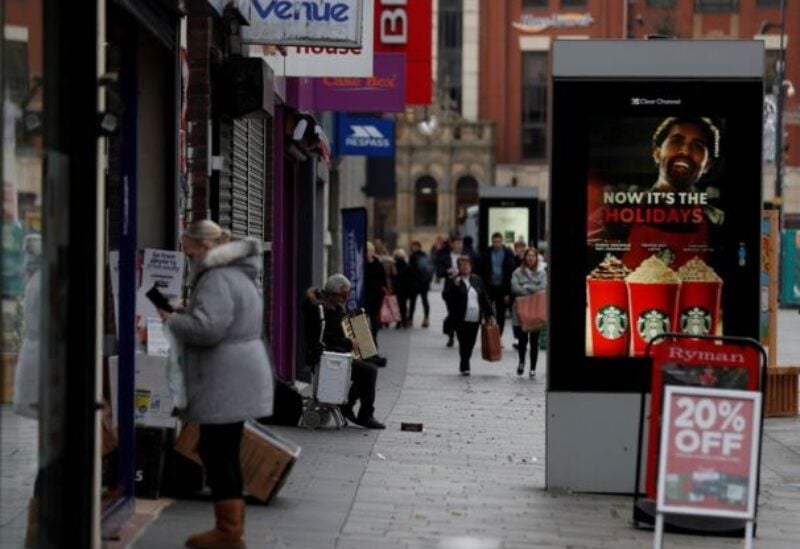 When the United Kingdom exited the European Union on January 31, 2017, Prime Minister Boris Johnson and his senior ministers traveled to Sunderland for a special cabinet meeting, hailing “a new chapter in the United Kingdom’s story.”

Johnson and his fellow Brexit advocates retain a particular place in their hearts for the post-industrial metropolis in northeast England. It was dubbed “Brexit city” after becoming the first region to vote “Leave” in a 2016 referendum, with over two-thirds of Sunderland voters supporting the cause.

It might now become Johnson’s talisman once more for a theme that has come to define him since Brexit: addressing regional inequities, notably those between the affluent southeast of England surrounding London and erstwhile industrial towns of the north. It’s an agenda Johnson refers to as “leveling up,” and it’s central to Johnson’s plan for staying in power.

Already, Johnson’s Conservative Party has made significant election inroads in traditionally Labor-voting northern districts. Seven additional Conservative MPs were elected in the northeast in 2019. The Conservatives think that if leveling up works, areas like Sunderland will quit Labor.

Johnson has stated his desire for additional cops, nurses, football fields, and green technologies, as well as improved transportation, education, and broadband, and intends to clean up chewing gum and graffiti.

Political opponents say the policy is populist and lacks substance and that in some cities Johnson is trying to take credit for investments made by previous governments and regeneration projects that are already underway. A former adviser to Johnson told Reuters the prime minister adopted his levelling up slogan during the 2019 election campaign and could not be persuaded to drop it even though some aides branded it meaningless.

In response, a government spokesperson said the government is delivering on a central mission. “The 4.8 billion pounds Levelling Up Fund will invest in infrastructure that improves everyday life across the UK, including regenerating town centers and high streets, upgrading local transport, and investing in cultural and heritage assets,” the spokesperson said.

Some members of Johnson’s Conservative Party are quietly concerned that the prime minister is breaking with the party’s low-tax, small-state ideology by promising to raise living standards and improve public services across northern and central England. Ministers have repeatedly denied the Conservative Party has turned away from its defining ideology.

Near the River Wear, which cuts through Sunderland, a city of around 280,000 people, a few boarded-up buildings offer a glimpse of the city of old, rapidly being replaced by glass and steel constructions.

The city’s regeneration is being led by the local Labor-dominated council. The plan is ambitious in its aim to build smart homes with solar panels and 5G technology, new office spaces, hotels, restaurants, bars and a new eye hospital. The aim is to attract more people to a city center largely unloved for decades.

The northeast as a whole is among England’s most impoverished regions and Sunderland ranked 33rd for deprivation out of more than 300.

The northeast used to receive EU money for less prosperous regions, funds which went towards projects including contributing to a new institute for automotive and advanced manufacturing at the university. For more than three decades, Sunderland has been home to a big Nissan car factory.

Local officials interviewed for this article didn’t criticize Johnson’s desire to level up. But they made clear that the regeneration of Sunderland is mostly home-grown – created and implemented by a team of local officials, council leaders, philanthropists, educationalists and the creative industries. Much of it began before levelling up became Johnson’s latest slogan.

“It’s our vision,” said Patrick Melia, the chief executive of Sunderland council, who is not affiliated to any political party.

Sitting in a new office space, built on the former site of Sunderland’s much-loved Vaux brewery which closed in 1999 only to be relaunched 20 years later not far away, Melia lists the dozens of local officials in education, business, sport, culture and the voluntary sector who took days out their schedules two years ago to come up with a vision for a much-neglected city.

“I’m pragmatic,” he said, shrugging off whether it would be galling if the government took the credit for change in Sunderland. “My job is just to make things happen. There are a lot of people who take the credit for things that I’ve done or helped to happen but I never do everything by myself, it’s always teamwork, so this stuff here isn’t me, it’s the team.”

Local officials portray their city as ahead of the game. They convey a mixture of misgivings and grudging pride that their city might become a blueprint for other towns and cities in Johnson’s levelling-up agenda.

They say the government’s investment is relatively small compared with other new investment coming into the city. Melia said there has been “well over” 300 million pounds of private sector investment in the Riverside site alone, where the brewery once stood. “We haven’t got a begging bowl out to the government, we just want help sometimes, sometimes its influence.. sometimes it’s a little bit of funding that gives us a bit of leverage,” he said.

Johnson has appointed a senior Conservative politician and fellow Brexit campaigner, Michael Gove, to head the government’s Department for Levelling Up, Housing and Communities.

The government’s 4.8 billion pound Levelling Up Fund aims to support “shovel ready” infrastructure projects, with money to be spent by 2024-5. And therein lies the rub.

A Conservative Member of Parliament for a deprived northern area, which he won from Labor in 2019, said his district doesn’t qualify for money because it has no shovel ready projects, no industry and no major educational institution.

Other Conservative MPs said they had struggled to submit paperwork in time for the first round of bids after fighting with Labor-dominated local councils. The government did not respond directly to these accounts, saying only that its allocation of funds has been “transparent, robust and fair, and our published methodologies and criteria ensure this.”

Sunderland has two big assets – the Nissan car manufacturing plant, and a university which has, independently of government, retooled its curriculum to be more jobs-focused, jettisoning some arts degrees in history, politics and modern languages. In July, Sunderland received a boost when Nissan and its Chinese partner Envision pledged 1 billion pounds to build a battery plant, creating 6,200 jobs.

Johnson’s government has declined to say how much it contributed or what guarantees it made to secure the investment, but local sources put it at around 100 million pounds, helped by the approval of a new motorway linking the port of Sunderland to Nissan.

Melia hopes it is the first step in a growing investment programme. “That battery plant, if all goes well, will quadruple in size over time,” he said.

With a university geared towards getting students into what its vice chancellor, David Bell, calls “high-prestige jobs”, the city is ticking all the boxes for the levelling-up agenda.

“I think it’s the case of a few folks coming together at the right time who were absolutely focused on driving it forward,” Bell said. “I think what you have really seen is a move to ‘let’s just do things’.”

“The money going in so far is small and insignificant. The government needs an overarching strategy rather than one-off payments to do short-term projects,” Murison said.

It’s a criticism also directed at Johnson by the opposition Labor Party. “Many of the funds are… small pots of money that are handed to particular areas and they pit areas against one another,” said Lisa Nandy, Labor’s foreign policy chief and a lawmaker for Wigan, a town in northern England that should qualify for some of the levelling-up money.

“The way in which the government measures bang for their buck tends to be in productivity. They essentially invest in places that already have the infrastructure and investment that is needed to get that quick return on the money.”

The government is accused be some critics of “pork-barrel politics” for sending funds to mostly Conservative areas in northern and central England – a charge the government denies. It also attracts criticism from its own lawmakers in southern England who feel they are being forgotten.

Johnson says his levelling-up agenda will help an overheating economy in the southeast. But the smaller opposition Liberal Democrats are threatening Conservatives in some of their traditional seats in southern England. This makes places like Sunderland important to Johnson.

Sunderland has three Labor MPs in parliament. This will be reduced to two under proposed changes to voting boundaries. Their majorities are slight. Labor’s grip on the local council is also loosening.

“It remains quite symbolic in the Brexit mindset that if you deliver for Sunderland, you’ve delivered for everybody who voted for Brexit,” said Anthony Mullen, leader of the Sunderland Conservatives and one of three councilors for the city’s Barnes ward in central Sunderland.

“I think because Sunderland continues to stand out as almost a symbol of what Brexit represented, I think in some ways they are targeting here because it’s where people will look and it might be the measuring stick.”