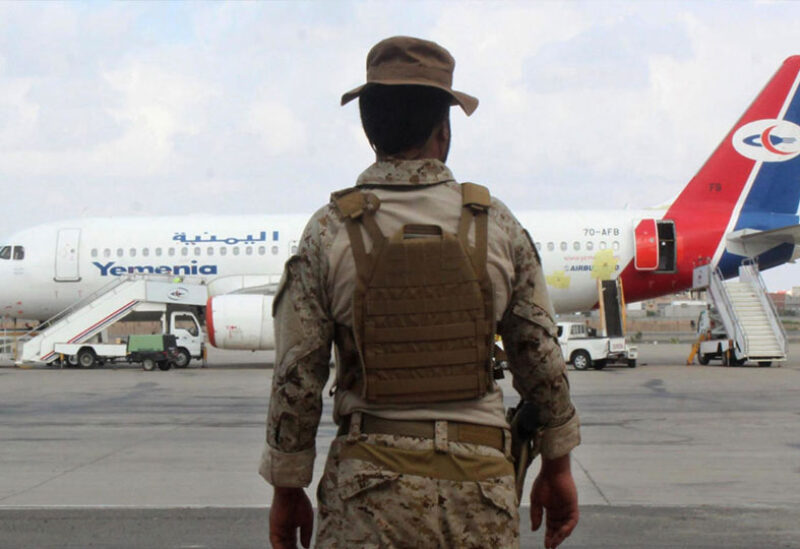 A round of United Nations-backed negotiations for a prisoner exchange between Yemen’s internationally recognized government and the Houthi militia group have ended without an agreement and with each side blaming the other for the lack of progress.

The talks began in January in Jordan with the aim of freeing a total of 300 prisoners on both sides, including senior officials such as the brother of President Abdrabu Mansour Hadi.

Hadi’s government, which is backed by Saudi Arabia, was ousted by the Iran-aligned Houthi group in late 2014, sparking an ongoing war.

“Although the parties did not agree to release during this round of talks, they committed to keep discussing the parameters of a future expanded release operation,” the office of UN Yemen envoy Martin Griffiths said.

The negotiations were part of confidence-building measures aimed at restarting peace talks which have stalled since the sides first met in Sweden in December 2018. Back then the two parties agreed to exchange 15,000 detainees split between the two sides. Around 1,000 prisoners were exchanged last year.

A Yemeni government source involved in this latest round of talks blamed its failure on the Houthis, who he accused of not abiding by previous agreements regarding the prisoners.

“And because of their demand for prisoners not in the government’s possession, and their refusal to include in the exchange lists journalists sentenced to death that were supposed to be approved in this round of talks,” the source said, speaking on condition of anonymity.

The head of the Houthis’ prisoner affairs committee, Abdul Qader al-Murtada, said on Twitter the talks had failed due to intransigence on the part of the government and its allies.