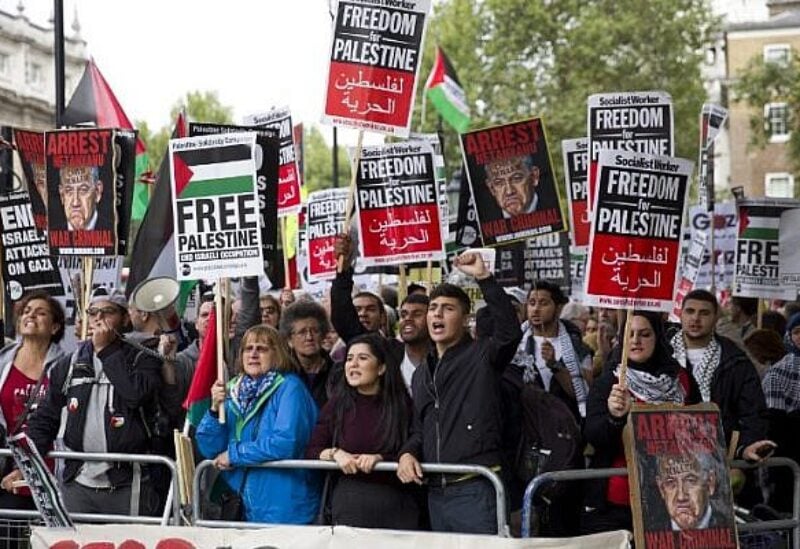 The demonstrators even managed to clear out a small group of pro-Zionist demonstrators and chanted in solidarity with the Palestinians uprising against the occupation, sending a strong message of international solidarity.

Outrage is what’s being voiced on the streets of London today, after Israel’s assault on the al-Aqsa Compound in Jerusalem (Al-Quds), as well as the eviction of Palestinians from their homes in the neighborhood of Sheikh Jarrah, on top of that as well people are voicing their frustration and condemnation of the British Silence over the massacres committed in the Gaza Strip.”

Demonstrators also expressed their outrage over Britain’s allowing for the production of weapons to be used by the Israeli military and the UK’s historic support for Israel.

With the Gaza Strip under bombardment as the armed resistance fires rockets at Israel, the Palestinian people rise up throughout the occupied territories, whilst international solidarity seems now stronger than ever.