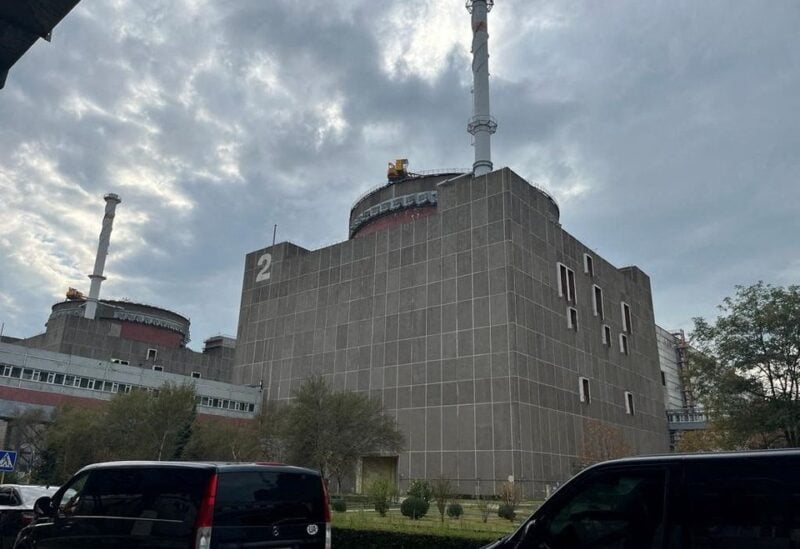 “Good progress” is being made in talks between Russian and Ukrainian officials for the establishment of a safety zone around the Zaporizhzhia Nuclear Power plant, said the head of the UN’s nuclear energy watchdog said on Thursday.

Grossi, who had met with Russian President Vladimir Putin on Tuesday in St. Petersburg, told reporters that the meetings with both sides’ officials focused on the establishment of a safety zone around the Zaporizhzhia plant.

During his meeting with Putin, he pointed out that the IAEA does not recognize Russia’s annexation of the plant, located in the Zaporizhzhia region in southeastern Ukraine, which Moscow incorporated into its territory after “sham” elections last month.

The situation at the nuclear facility remains extremely fragile, Grossi said, adding that the Russian president expressed his readiness to work with the IAEA.

On the current security situation around the power plant, Grossi urged the sides stop shelling areas near the facility. “I am saying very clearly that protection is urgently needed.”

“There has to be recognition that this nuclear power plant can’t be a military target of any sort, in any way, intended or unintended,” he stressed.

Grossi underlined that they were working to ensure that the plant is not targeted in any attacks.

Four IAEA experts are currently working at the plant, he noted, adding that the team did not face any restrictions and that they would never accept any measures that prevent them from doing their task.

Asked which warring side should control the power plant, Grossi said: “This is a Ukrainian nuclear power plant, but there is a reality. This plant has been occupied for many months.”

“I said to him (Putin) and the Russian government that the IAEA cannot recognize the annexation,” he added.

Ukraine’s Zaporizhzhia Nuclear Power Plant, which has been under Russian control since March, has been at the center of growing concerns of a nuclear disaster between Moscow and Kyiv, both of which accuse each other of attacks on the facility.

Zaporizhzhia, one of the world’s 10 largest nuclear power plants, generated 20% of Ukraine’s electricity prior to the war.