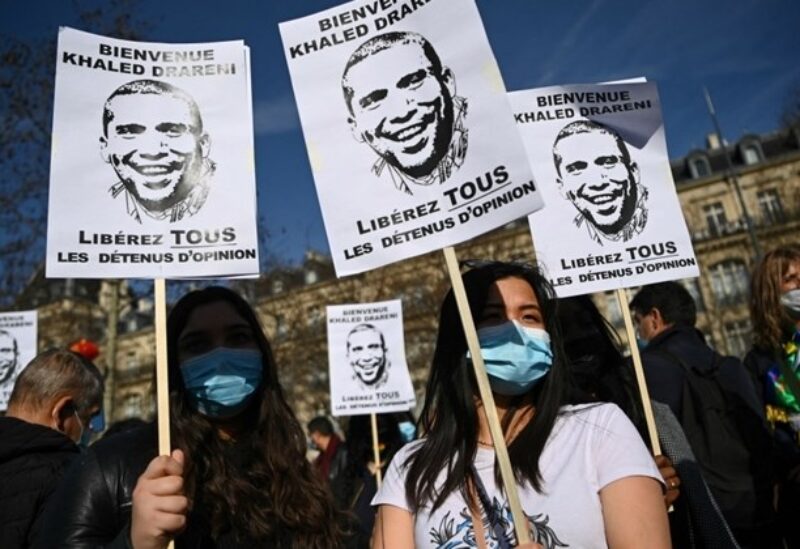 The court “postponed until March 25 the decision to re-examine the case of journalist Khaled Drareni for a new ruling”, reported the Casbah Tribune, an online news site that Drareni founded.

The correspondent for French-language TV5 Monde and press freedom watchdog Reporters Without Borders (RSF) was provisionally released after almost a year in prison last Friday.

He was released along with dozens of pro-democracy activists under presidential pardons issued ahead of the second anniversary of the “Hirak” uprising which swept former strongman Abdelaziz Bouteflika from power in 2019.

Arrested in March last year on charges of “inciting an unarmed gathering” and “endangering national unity” after covering Hirak demonstrations, the 40-year-old was sentenced on appeal in September to two years in jail.

“We will continue to campaign for all the charges against Khaled to be dropped,” said rights group Amnesty International on Twitter after the postponement was announced.

The former television presenter’s case has become a symbol of the fight for freedom of press and expression in Algeria, at a time when authorities have cracked down on dissent, detaining and prosecuting activists, opposition figures, journalists, and social media users.

He told AFP in an interview this week that he is determined to return to work as a journalist and to defend a free press.

Reporters Without Borders ranked Algeria 146 out of 180 countries and territories in its 2020 World Press Freedom Index.