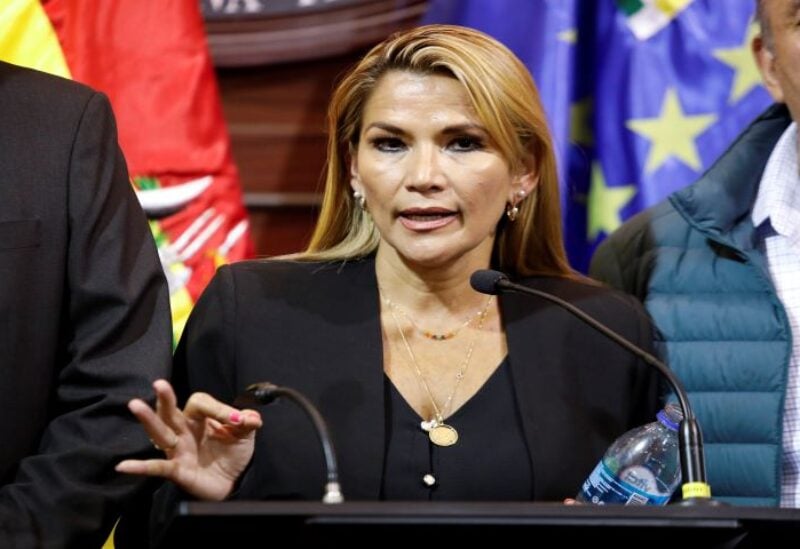 Bolivian ex-president Jeanine Anez, who is on trial for an alleged plot dismissed as fictional by many to oust her rival and predecessor Evo Morales, might face a 15-year jail term, said Bolivian prosecutors.

Anez, 54, has been held in pre-trial detention since March 2021, and denounces what she calls political persecution.
She was arrested just months after handing the presidential reins she had held in an interim capacity to elected leader Luis Arce a Morales protege.
Anez faces charges in two trials — including a criminal case she attended via videoconference from her jail cell Monday, for “breach of duty” and taking resolutions contrary to the Constitution when she was a senator, before becoming president.

In this case, Attorney General Juan Lanchipa told a press conference Monday he will be seeking a 15-year jail term.

In a separate case that is pending before lawmakers, Anez faces sedition and other charges related to her short presidential stint.

Right-wing Anez became Bolivia’s interim president in November 2019 after Morales, who claimed to have won a fourth, consecutive term as president, fled the country in the face of mass protests against alleged electoral fraud.
The Organization of American States (OAS) said at the time it had found clear evidence of voting irregularities in favor of Morales, who had been in power for 14 years.

Many who would have succeeded Morales all members of his MAS party also resigned and fled. This left opposition member Anez, then vice-president of the senate, as the highest ranking official left.

Elections were held a year later, and won by Arce. With the presidency and congress both firmly in MAS control, Morales returned to Bolivia in November 2020.
Anez was arrested in March the following year, accused of irregularly assuming the presidency.

At the start of her short-lived presidency, Anez had called in the police and military to restore order. The post-election conflict caused about 35 deaths, according the Inter-American Commission on Human Rights (IACHR).