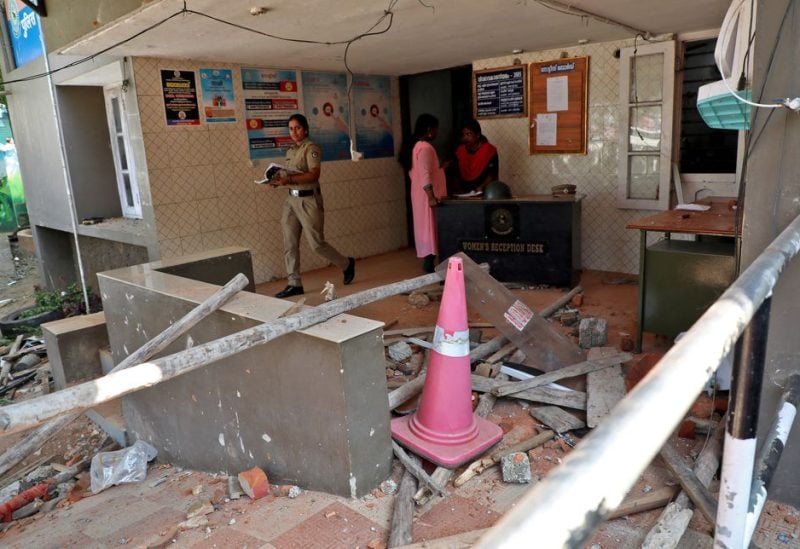 A police officer walks past rubble after a clash with protesters at a police station near the proposed Vizhinjam Port in the southern state of Kerala, India, November 28, 2022. REUTERS

In the most recent escalation of a months-long strike, locals protesting to stop the $900 million Vizhinjam port project by India’s Adani Group clashed with police in Kerala state, injuring more than 80 people.

The $23 billion ports firm owned by billionaire Gautam Adani was forced to halt construction of the port as a result of objections from a predominantly Christian fishing community. The port was viewed as a possible and lucrative competitor to ports in Dubai, Singapore, and Sri Lanka.

Building has been halted for more than three months after villagers blamed the port’s development for coastal erosion and depriving them of their livelihoods. They have blocked the entrance to the site by erecting a 1,200-square-foot shelter.

Over the weekend, police arrested some protesters who blocked Adani’s construction vehicles from entering the port, despite a court order for work to resume.

The arrests prompted hundreds of protesters, led by Catholic priests, to march on the police station late on Sunday night, leading to clashes with personnel and leaving police vehicles damaged, according to a police document and footage on local television.

Another police official who did not wish to be named said security was being beefed up after the incident, with more than 600 officers deployed across Vizhinjam.

Located on the southern tip of India, the port seeks to plug into lucrative East-West trade routes, adding to the global reach of the business led by Adani, Asia’s wealthiest man and the world’s third-richest.

The Adani Group did not respond to a request for comment on the protests over the weekend. The company has said that the port complies with all laws and cited studies that show it is not linked to shoreline erosion. The state government has also said that any erosion was due to natural causes.

In the latest clashes, the police’s case document said the protesters “came with lethal weapons and barged into the station and held the police hostage, threatening that if people in custody were not released they would set the station on fire.”

Eugine H. Pereira, the vicar general of the archdiocese and a protest leader, said police pelted the protesters with stones.

The port protests recall the backlash Adani faced in Australia over his Carmichael coal mine. There, activists concerned about carbon emissions and damage to the Great Barrier Reef forced Adani to downsize production targets and delayed the mine’s first coal shipment by six years.

Despite numerous orders from Kerala’s highest court to allow building to resume, protests in India have persisted. According to a recent report by Reuters, police have mostly refrained from acting out of concern that doing so may exacerbate existing social and religious conflicts.

The court heard Adani’s worries once more on Monday and questioned the state government as to why its order mandating that port building proceed was not being followed. The judge requested a response from the state by Friday.

A third of the project’s costs are being covered by the Adani conglomerate, with the remaining two thirds being shared by the state and federal governments. It has a 40-year contract to construct and run the port.