Protests continue to rage in Iran despite authorities crackdown 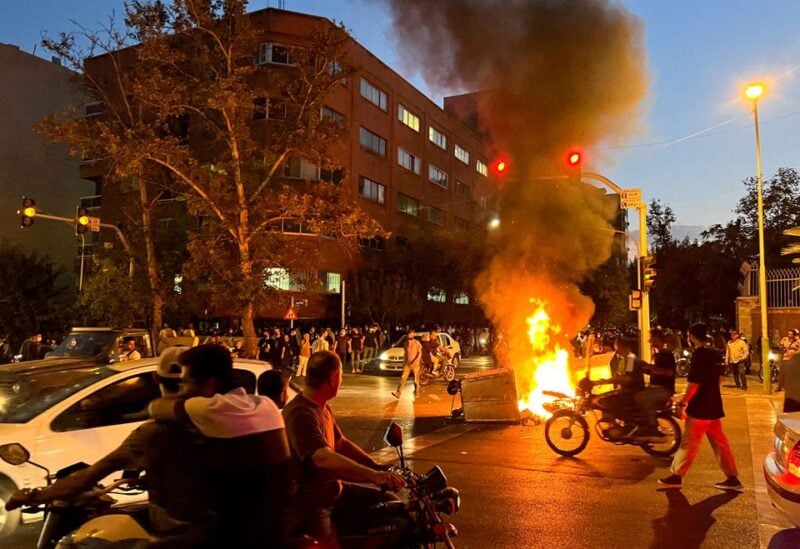 Nearing a month of demonstrations following the death of Mahsa Amini, a 22-year-old Kurdish Iranian woman who died in the custody of the morality police, Iranians continued to step up anti-regime protests despite the brutal and oppressive crackdown by security authorities.

On Wednesday, Iranian Supreme Leader Ali Khamenei renewed his accusations of “enemy involvement in the riots in Iran.”

Khamenei’s claims were made during his reception of members of the Expediency Discernment Council.

On Oct. 3, Khamenei deemed the protests in Iran as “pre-planned,” and accused the US and Israel of standing behind their organization.

On Wednesday, he reiterated that recent “riots” are not spontaneous. Khamenei also stressed the need for “distinguishing between the different groups of people taking to the streets.”

“These recent riots are not something spontaneous and coming from within. The onslaught of propaganda, influencing people’s thinking, provoking excitement, actions such as teaching how to make Molotov cocktails, etc. are clear examples of what the enemy is doing,” said Khamenei.

“Those who participated in the riots aren’t all of the same type. Some are agents of or in line with the enemy. Others are just agitated. They shouldn’t be judged the same. For the latter, cultural work is needed. For the former, judiciary & security officials must do their duty,” he added.

Furthermore, Khamenei claimed that the enemy’s goal in creating recent unrest is to preoccupy Iran’s officials with everyday issues.

Iranian Interior Minister Ahmad Vahidi underlined that there will be no revolution following the protests witnessed by Iran.

“Our enemies think that they can achieve a political coup by supporting the protests, but this is stupid; Because they don’t know anything about the country,” said Vahidi.

At least 108 people have been killed in Iran’s crackdown on more than three weeks of nationwide protests sparked by the death of Amini, said Oslo-based group Iran Human Rights (IHR).

The Iranian security forces also killed at least another 93 people during separate clashes in the city of Zahedan, in the southeastern province of Sistan-Baluchistan, IHR said in a statement.