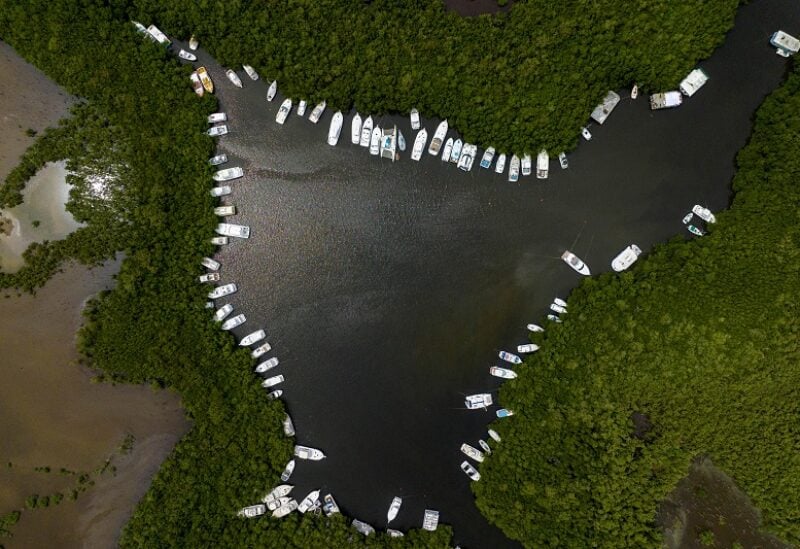 The NHC issued alerts for “life threatening floods and mudslides” for the US territory of Puerto Rico and watches for the US Virgin Islands.

What do we know about the storm?
“Hurricane conditions are expected across portions of Puerto Rico Sunday and Sunday night, and are possible across the U.S. Virgin Islands (Saturday night) and Sunday,” the NHC said.
As of Saturday night, the NHC had registered maximum sustained winds of 60 mph (95 kph). The storm was located around 145 miles (235 kilometers) southeast of Puerto Rico.

A storm is considered a Category 1 hurricane when sustained windspeed reaches 74 mph or higher.

Puerto Rico could see up to 20 inches (51 centimeters) of rain and high winds which could cause mudslides and power outages.

Fiona raging throughout the Caribbean
According to local authorities, one man was found dead in the French overseas territory of Guadeloupe, after his house was swept away by heavy rain.

Heavy rains from the Fiona storm are also expected to spread to the Dominican Republic on Sunday and to the overseas British territory of the Turks and Caicos Islands.

Puerto Rico Governor Pedro Pierluisi signed a state of emergency on Saturday and warned residents not to underestimate the storm. “The government is active and prepared to respond to the emergency,” he said.

“We expect that during the night, the winds and rain will intensify,” Puerto Rico’s governor said. “We all want the (electric) service to improve, but now what is important is the response, that we are prepared.”

Pierluisi said $550 million (€549 million) in emergency funds were available to deal with the storm’s aftermath, as well as enough food to feed 200,000 people for 20 days.