Putin acknowledges China’s concerns over Ukraine in sign of friction 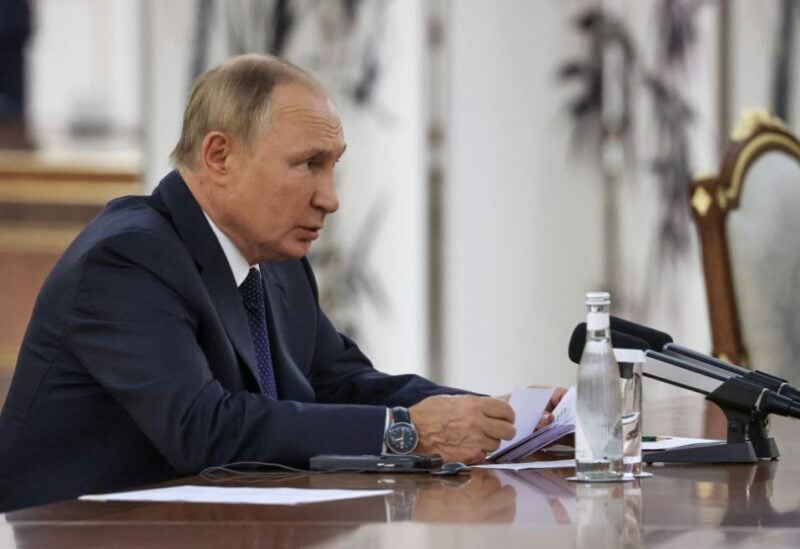 After a week of shocking Russian losses on the ground, Russian President Vladimir Putin surprised everyone on Thursday by acknowledging Beijing’s disagreement with Moscow over the conflict in Ukraine.

Since Russia’s invasion, China has walked a fine line, criticizing Western sanctions against Russia while reserving its support for or participation in the military operation.

“We highly value the balanced position of our Chinese friends when it comes to the Ukraine crisis,” Putin told Xi at their first meeting since the war began.

“We understand your questions and concern about this. During today’s meeting, we will of course explain our position.”

Xi did not mention Ukraine in his public remarks, nor was it mentioned in a Chinese readout of their meeting, which took place in Uzbekistan on the sidelines of a regional summit.

Beijing’s support is widely seen as essential for Moscow, which needs markets for its energy exports and sources to import high tech goods as it faces sanctions imposed by the West.

The Russian president’s comments suggested a Chinese shift towards a more critical stance, in private at least. Ian Bremmer, political science professor at Columbia University, said they were the “first public sign of Putin recognizing pressure to back down”.

“Russia has become a pariah to the G7 because of their invasion. China wants no part of that,” he wrote on Twitter, referring to the Group of Seven leading industrialized nations.

White House spokesman John Kirby said China should reject Russia’s invasion: “The whole world should be lined up against what Mr Putin is doing,” Kirby told CNN. “This is not the time for any kind of business as usual with Mr Putin.”

In Kyiv, Ursula von der Leyen, the president of the European Commission, held talks with President Volodymyr Zelenskiy where she told him Ukraine’s accession process to the European Union was well on track.

“It’s impressive to see the speed, the determination, the preciness with which you are progressing,” she said.

“We will never be able to match the sacrifice that the Ukrainians are giving when they lose their homes or they cry for their beloved ones… We will never be able to compensate what you do with your fight for democracy, for humanity, for the respect of the international rule of law. But… you have your European friends by your side as long as it takes,” she said.

After a week of the fastest Ukrainian gains since the war’s early weeks, Ukrainian officials said Russian forces were now fortifying defences and it would be hard for Kyiv’s troops to maintain the pace of their advance.

Putin has yet to publicly comment on the setback suffered by his forces after Ukrainian troops made a rapid armoured thrust through the front line last week. Russian troops have abandoned dozens of tanks and other armoured vehicles in haste.

Kyiv says it recaptured more than 8,000 sq km (3000 sq miles), nearly equivalent to the size of the island of Cyprus. The speed of the advance has lifted Ukrainian morale, pleased Western backers who have provided arms, intelligence and training, and raised hopes of further significant gains before the winter sets in.

Serhiy Gaidai, governor of Ukraine’s eastern Luhansk region, said it would still be a tough fight to wrest control of his region back from Russia, which recognises it as an independent state controlled by separatists.

Oleksiy Danilov, secretary of Ukraine’s national security and defence council, said in an online post: “We should avoid euphoria. There is still a lot of work to be done to liberate our lands, and Russia has a large number of weapons.”

There was no let-up either in Russia’s daily missiles strikes on Ukraine, a day after it fired cruise missiles at a reservoir dam near Kryvyi Rih, President’s Zelenskiy’s hometown.

Authorities in the city of Kharkiv said Russian shells had hit a high-pressure gas pipeline, while a rescue operation was underway in the city of Bakhmut with four people suspected to be trapped under rubble after a strike, Pavlo Kyrylenko, the Donetsk regional governor, said.

Russian forces had launched attacks on several settlements on the Kharkiv frontline in the past 24 hours, the General Staff of Ukraine’s Armed Forces said on Thursday.

But Britain’s defence ministry said in an update that Ukraine’s forces were continuing to consolidate their control of newly liberated land in the region.

The United States on Thursday imposed new sanctions on 22 individuals and two entities that had facilitated Russia’s war in Ukraine, the Treasury Department said.

Russian Foreign Ministry spokeswoman Maria Zakharova had earlier warned Washington to tread carefully, saying any decision to supply Kyiv with longer-range missiles for U.S.-made HIMARS systems would cross a “red line” and make the United States “a direct party to the conflict”.