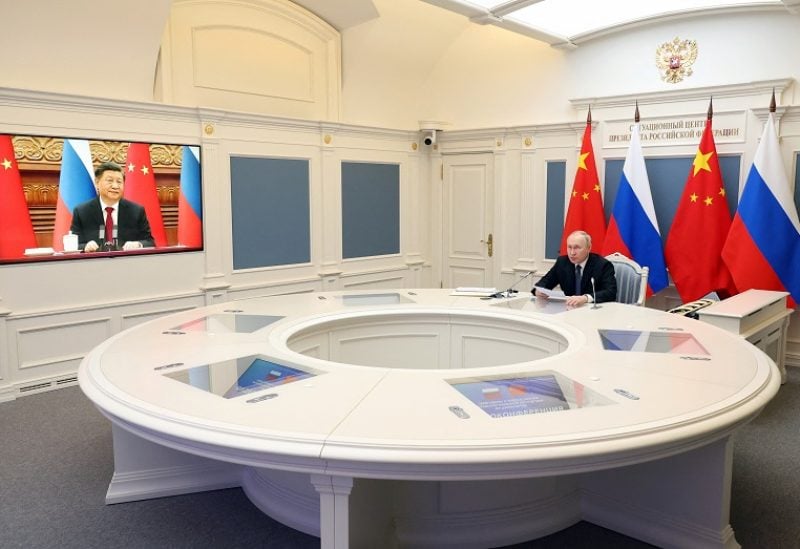 While Moscow faces unprecedented Western sanctions over its invasion of Ukraine, Russian President Vladimir Putin and Chinese President Xi Jinping on Friday held a video conference during which the two leaders said they would seek to strengthen relations between their two countries,
China, meanwhile, has not condemned Russia’s war in Ukraine. Beijing has maintained what it says is an “objective” and neutral position over the war and offered diplomatic backing to its strategic ally.
Putin spoke for around eight minutes. In his introductory remarks, he told Xi he expected him in Russia for a state visit next spring, saying the visit would “demonstrate to the world the closeness of Russian-Chinese relations.”

In September, the two leaders had spoken in Samarkand during their first face-to-face meeting since the war started.

“In the context of growing geopolitical tensions, the importance is growing of the Russian-Chinese strategic partnership as a stabilizing factor,” Putin said.

While the West seeks to cut its dependence on Russian energy, Putin said Moscow “has become one of the leaders when it comes to oil exports to China.”
According to the translation provided by Russian television, Xi told Putin that Beijing was ready to increase strategic cooperation with Russia.

In a brief response to Putin, the Chinese leader said Russia and China’s partnership benefits the people of both countries.

“We maintain close strategic contact,” Xi told Putin, adding that relations with Moscow have demonstrated their “resilience” in the “new era” the world is witnessing.

According to Chinese state media, Xi told Putin that Beijing would continue to uphold its “objective and fair stance” on the war in Ukraine.