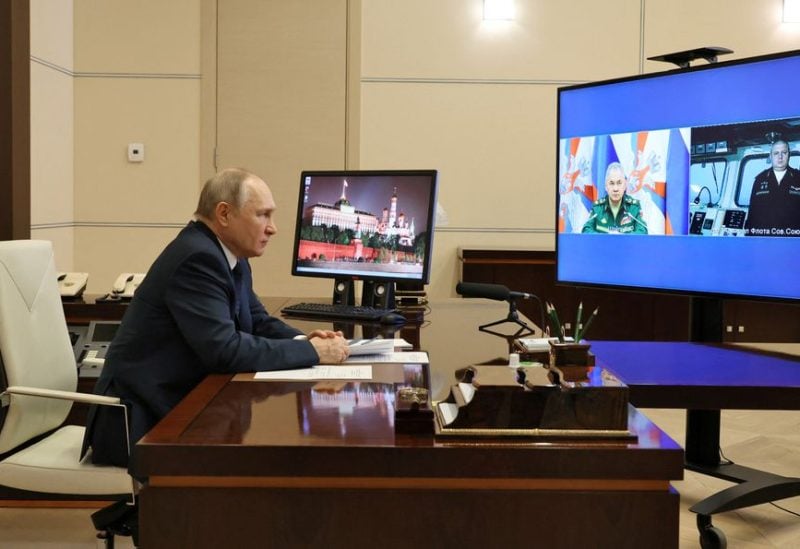 President Vladimir Putin ordered a ship to the Atlantic Ocean outfitted with the latest generation of hypersonic cruise missiles as a warning to the West that Russia would not back down in regards to the conflict in Ukraine.

Due to their high speeds (over five times the speed of sound) and maneuverability, hypersonic weapons are being developed by Russia, China, and the United States in an effort to gain an advantage over any potential foe.

In a video conference with Defence Minister Sergei Shoigu and Igor Krokhmal, commander of the frigate named “Admiral of the Fleet of the Soviet Union Gorshkov”, Putin said the ship was armed with Zircon (Tsirkon) hypersonic weapons.

“This time the ship is equipped with the latest hypersonic missile system – ‘Zircon’,” said Putin. “I am sure that such powerful weapons will reliably protect Russia from potential external threats.”

The weapons, Putin said, had “no analogues in any country in the world”.

More than 10 months since Putin sent troops into Ukraine, there is no end in sight to the war which has descended into a grinding winter artillery battle that has killed and wounded tens of thousands of soldiers on both sides.

Along with the Avangard hypersonic glide vehicle which entered combat duty in 2019, the Zircon forms the centrepiece of Russia’s hypersonic arsenal.

Russia sees the weapons as a way to pierce increasingly sophisticated U.S. missile defences which Putin has warned could one day shoot down Russian nuclear missiles.

Shoigu said the Gorshkov would sail to the Atlantic and Indian oceans and to the Mediterranean Sea.

“This ship, armed with ‘Zircons’, is capable of delivering pinpoint and powerful strikes against the enemy at sea and on land,” Shoigu said.

Shoigu said the hypersonic missiles could overcome any missile defence system. The missiles fly at nine times the speed of sound and have a range of over 1,000 km, Shoigu said.

The main tasks of the voyage were to counter threats to Russia and to maintain “regional peace and stability jointly with friendly countries”, Shoigu said.

A U.S. Congressional Research Service report on hypersonic weapons says that Russian and Chinese hypersonic missiles are designed to be used with nuclear warheads.

The target of a hypersonic weapon is much more difficult to calculate than for intercontinental ballistic missiles because of their manoeuvrability.

Beyond Russia, the United States and China, a range of other countries are developing hypersonic weapons including Australia, France, Germany, South Korea, North Korea and Japan, according to the U.S. Congressional Research Service.