Putin orders $81,500 payment to families of National Guards who die in Ukraine 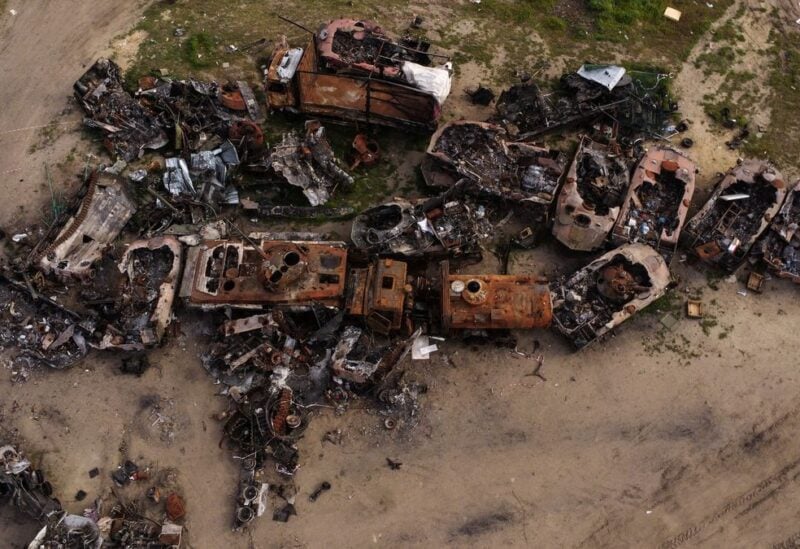 Destroyed Russian tanks and military vehicles are seen dumped in Bucha amid Russia's invasion in Ukraine, May 16, 2022. Picture taken with a drone. REUTERS/Jorge Silva

Russian President Vladimir Putin signed an order on Monday ordering the payment of 5 million roubles ($81,500) to the families of Russian National Guard troops killed in Ukraine and Syria.

The decision amounts to an official acknowledgement that members of the guard, known as Rosgvardia, are among the casualties of Russia’s so-called “special military operation” in Ukraine.

The force, which answers directly to Putin, was created in 2016 to fight terrorism and organised crime, and has been used domestically to crack down on peaceful anti-government protests.

Western analysts have interpreted its deployment from the early stages of the war in Ukraine as a sign of misplaced confidence that Russia would quickly seize major cities, including the capital Kyiv, where Rosgvardia could then be used to maintain order.

In fact, Russian forces were beaten back from both Kyiv and Ukraine’s second city, Kharkiv, and are now focused on heavy fighting in the eastern Donbas region.

Putin had already announced compensation schemes for the families of dead and wounded soldiers. Russia has not updated its casualty figures since March 25, when it said 1,351 servicemen had been killed and 3,825 wounded. Ukraine and Western governments say its toll by now is many times higher.