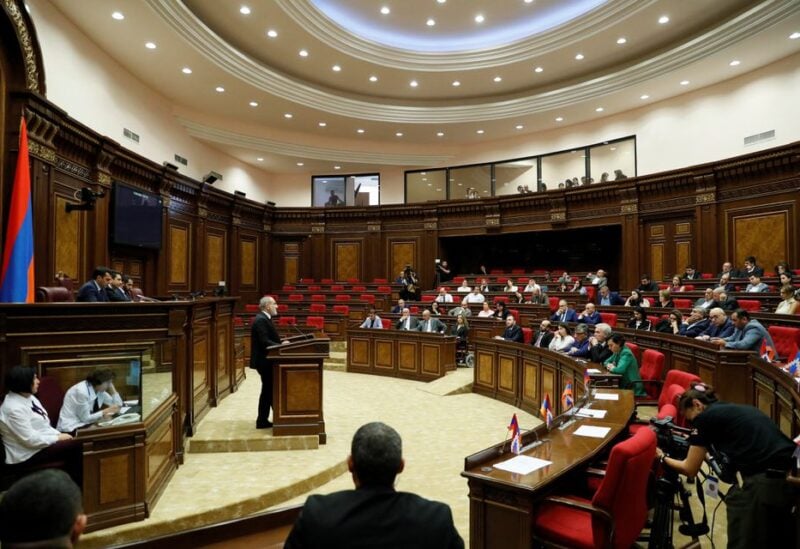 Armenian Prime Minister Nikol Pashinyan addresses parliament following an escalation in hostilities over the Nagorno-Karabakh region along the border of Armenia with Azerbaijan, in Yerevan, Armenia, September 13, 2022

Russian President Vladimir Putin on Tuesday sought to end fighting between Armenia and Azerbaijan after border clashes killed at least 49 Armenian soldiers and raised fears of another fully-fledged war in the former Soviet Union.

Russia, the United States and France called for restraint after the deadliest fighting since Armenia and Azerbaijan waged a six-week war over the disputed enclave of Nagorno-Karabakh in 2020.

Armenia said several towns near the border with Azerbaijan, including Jermuk, Goris and Kapan, were shelled in the early hours of Tuesday. Yerevan said it had responded to what it called a “large-scale provocation” by the Azerbaijan.

Baku said it was attacked by Armenia. Reuters was unable to immediately verify battlefield accounts from either side.

“It is difficult to overestimate the role of the Russian Federation, the role of Putin personally,” Kremlin spokesman Dmitry Peskov told reporters.

Russia, which in February sent troops into Ukraine in the biggest European land invasion since World War Two, is the main powerbroker in the Caucasus and an ally of Armenia through the Russian-led Collective Security Treaty Organization (CSTO), which convened on Tuesday to discuss the situation.

Russia, which operates a military base in Armenia, sent thousands of peacekeepers to the region in 2020 as part of a deal to end a war during which Azerbaijan made significant territorial gains in and around Nagorno-Karabakh.