Qaani on Anniversary of Soleimani’s Killing: Diplomacy Must Connect to the Field 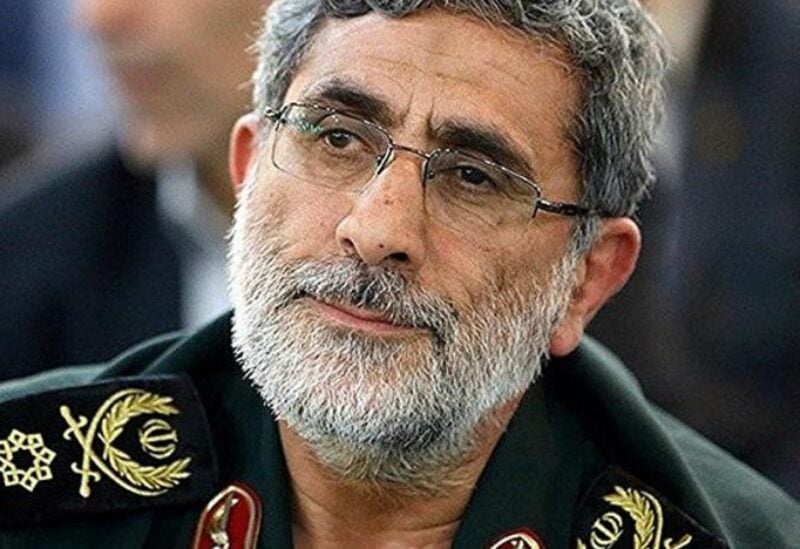 A day ahead of Iran marking the second anniversary of the killing of the revered Iranian commander of the Quds Force, General Qassem Soleimani, his successor, Esmail Qaani gave a speech at the headquarters of the Iranian foreign ministry.

Qaani shed light on the links joining his forces to the cleric-led country’s diplomatic institution.

Soleimani, who headed the Revolutionary Guards’ foreign arm, was killed by a US drone strike on January 3, 2020, alongside Abu Mahdi al-Muhandis, an Iraqi commander of the Popular Mobilization Forces.

“Soleimani was proactive in establishing contacts between the battlefield and diplomacy,” said Qaani in his Sunday speech.

Qaani’s remark came as a hint against what was said in a leaked voice recording by ex-foreign minister Javad Zarif that emerged last April. In the recording, Zarif criticizes the Revolutionary Guard for overruling his diplomacy efforts with their military activity in the region.

Moreover, the former minister leveled criticism against Soleimani for visiting Moscow to meet with Russian President Vladimir Putin a few days into the signing of the Iran nuclear deal in July 2015. Before the deal went into implementation, Putin also met with Iranian Supreme Leader Ali Khamenei and agreed to expand military cooperation in Syria.

Condemnation against Zarif’s remarks had kept him from running in the country’s presidential elections despite some reformers urging him to do so. Zarif did not run, and ultra-hardline cleric Ebrahim Raisi won the election, which recorded the lowest turnout in the past four decades.

Qaani defended the relationship between the foreign ministry and the Quds Force.