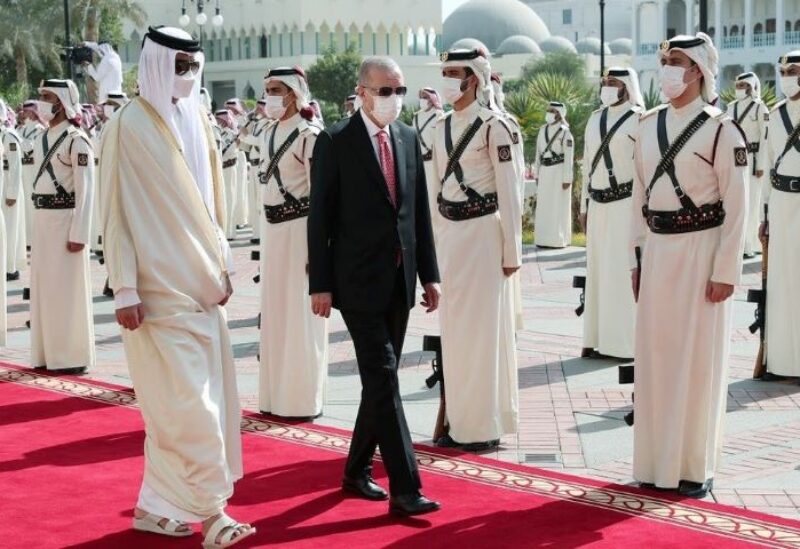 Qatar and Turkey have agreed to prolong a currency exchange agreement between their central banks, as Ankara’s lira has fallen in value, causing an economic crisis.

According to a joint statement issued on Tuesday, the two central banks “welcomed the signing of the agreement on the extension and revision of the Turkish lira-Qatari riyal currency exchange arrangement.”

The declaration occurred during Turkish President Recep Tayyip Erdogan’s visit to Doha, where he met with Qatari Emir Sheikh Tamim bin Hamad Al-Thani and discussed ways to strengthen collaboration in a variety of spheres, including the economy.

The 2018 agreement was renewed for the first time in May 2020, with the overall maximum increasing from $5 billion in Turkish lira and Qatari riyal equivalents to $15 billion.

The 84-million-strong country’s currency has plummeted and consumer prices have risen, with the lira losing more than 45 percent of its value versus the dollar since the beginning of the year.

Turkey’s currency issue has worsened since the country’s diplomatic conflict with then-US President Donald Trump in 2018.

Turkey and Qatar, a staunch US ally, have recently become economic and political allies.

Erdogan’s administration notably supported Doha during a boycott of the country in 2017 over charges that it supported radical Islamists and was too close to archrival Iran — allegations that Doha disputed.