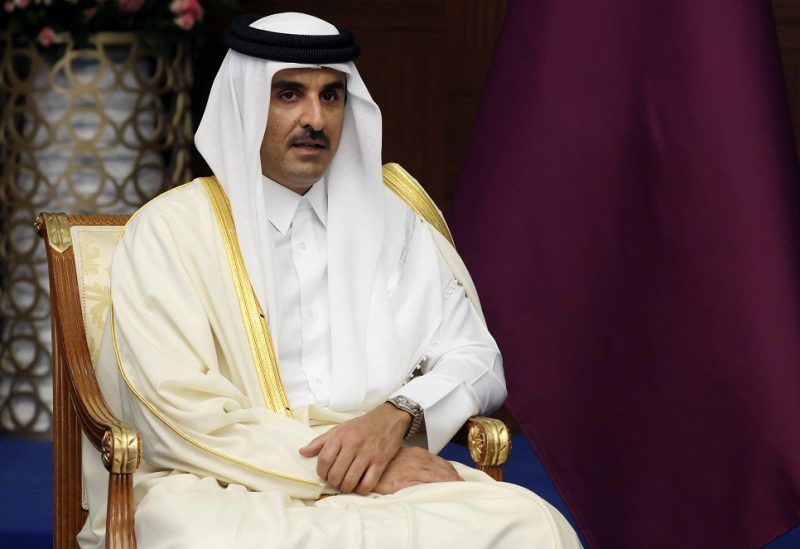 Qatar's Emir, Sheikh Tamim bin Hamad al-Thani attends a meeting with Russia's President Vladimir Putin on the sidelines of the 6th summit of the Conference on Interaction and Confidence-building Measures in Asia (CICA), in Astana, Kazakhstan October 13, 2022. Sputnik/Vyacheslav Prokofyev/Pool via REUTERS ATTENTION EDITORS - THIS IMAGE WAS PROVIDED BY A THIRD PARTY.

Qatar has faced unprecedented criticism since winning the bid to host the 2022 World Cup, some of which amounted to slander, according to its ruler, Emir Sheikh Tamim bin Hamad al-Thani.

“We first dealt with the problem in good faith,” Sheikh Tamim said in a policy speech broadcast on television, adding that some of the early criticism was constructive.

But, he said, a campaign against Qatar expanded to “include fabrications and double standards that were so ferocious that it has unfortunately prompted many people to question the real reasons and motives behind the campaign”.

Qatar, the first Middle Eastern country to host the World Cup, has come under intense international criticism for its treatment of foreign workers and restrictive social laws.

The emir was addressing a session of the Gulf Arab state’s advisory Shura Council as Doha gears up to host soccer’s main global event, which kicks off on Nov. 20.

Doha has introduced reforms including rules to protect workers from heat and a monthly minimum wage of 1,000 riyals ($275), and says it continues to develop its labour system.

Foreign workers account for 85% of the some 3 million population of Qatar, which is among the world’s top natural gas producers and one of the wealthiest nations per capita.

Sheikh Tamim said higher energy prices had helped Qatar realise a government budget surplus of 47.3 billion riyals ($12.8 billion) for the first half of 2022, versus a projected deficit, and gross domestic product growth of 4.3%, according to initial estimates.

The emir said the budget surplus would be used to reduce public debt levels and increase the state’s financial reserves.

He said the World Cup would allow Qatar to showcase its economic and institutional strength and cultural identity.