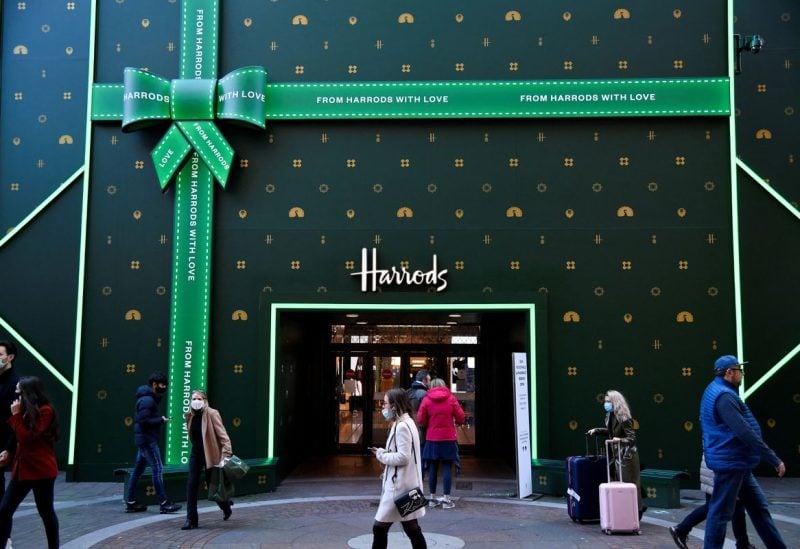 People enter and depart the food hall of Harrods store during the coronavirus pandemic, in London, Britain, December 20, 2020. Harrods is owned by the Qatar Investment Authority. REUTERS/Toby Melville/File Photo

Qatar has started a review of its investments in London following the city’s transport authority’s this week ban on the Gulf state’s tourism marketing on the capital’s buses, cabs, and Underground train system, according to Saturday’s Financial Times.

The move by Transport for London (TfL), according to the newspaper, was motivated by worries about the host nation’s treatment of migrant workers and its stance on LGBT+ rights.

The FT quoted a person involved in the Qatari review as saying TfL, which is chaired by London Mayor Sadiq Khan, contacted Q22, the body overseeing the World Cup and Qatar’s tourism authority, this week to inform them of the ban.

The TfL ban “has been interpreted as a message from the mayor’s office that Qatari business is not welcome in London,” the person was quoted as saying.

Qatar is one of the biggest investors in London through its sovereign wealth fund.

The Qatar Investment Authority (QIA) owns Harrods, the department store, the Shard skyscraper and is co-owner of Canary Wharf. The Gulf state also owns the Savoy and Grosvenor House hotels, a 20% stake in Heathrow Airport and a 14% stake in Sainsbury’s, Britain’s second biggest supermarket group.

A spokesperson for TfL said that ahead of the World Cup it provided its advertising partners and brands with “further guidance on the advertising which we are likely to consider acceptable to run during the tournament while also ensuring that football fans are not denied the opportunity to support their teams”.

“Each advertising campaign continues to be reviewed on a case-by-case basis.”

TfL said advertising which promotes travel to Qatar, tourism in Qatar, or portrays Qatar as a desirable destination would not be considered acceptable.

Qatar’s government communications office did not immediately respond to an email from Reuters seeking comment.

Under the spotlight as it hosts the World Cup, Qatar has defended itself against criticism, saying it is a welcoming country that does not discriminate against people and has denied accusations of abuse of workers. Homosexuality is illegal in Qatar.