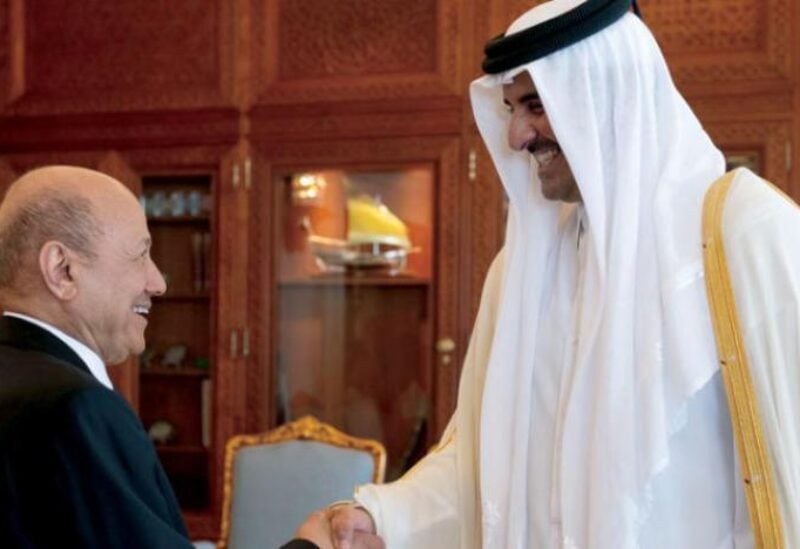 Qatar has affirmed its keenness to support the political consensus in Yemen and alleviate the suffering of the people.

It added that Al-Alimi briefed the Emir of Qatar “on the main developments in Yemen,” and discussed a number of regional and international issues of common interest.

It noted that the Qatari Emir praised the distinguished historical relations between the two countries and peoples and underlined his country’s “keenness to support the existing political consensus within the Presidential Leadership Council, its economic and service reforms, and alleviate the suffering of the Yemeni people.”

The chairman of the Presidential Leadership Council also briefed Sheikh Tamim of the latest developments in Yemen and the efforts of Saudi Arabia and the international community to achieve peace and stability in the country, amid continued intransigence by the Houthi militias.

Al-Alimi also spoke about the reforms led by the Council in the economic, service and security fields, and the desired Qatari support in this context.