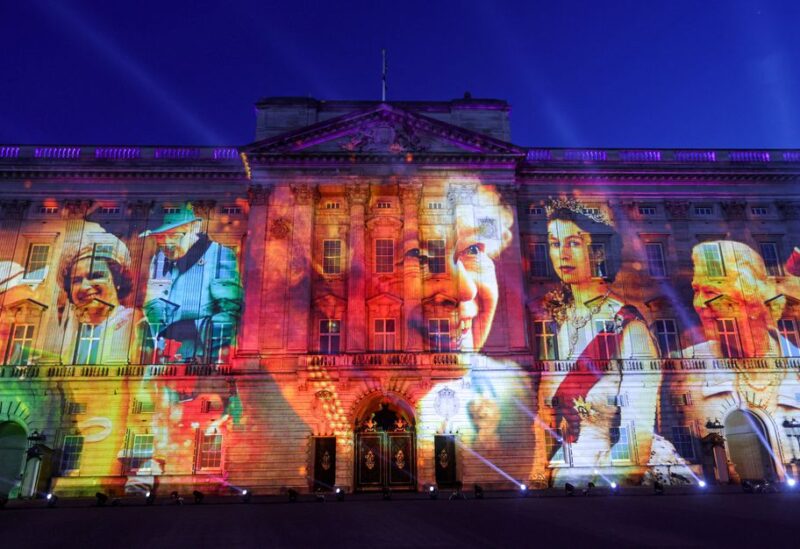 Projections are seen displayed on the front of the Buckingham Palace

On Friday, Britain marks the second day of Queen Elizabeth’s Platinum Jubilee, with the highlight being a thanksgiving ceremony attended by senior royals and lawmakers, which the 96-year-old monarch will skip owing to chronic mobility concerns.

The four-day celebrations began on Thursday, when Elizabeth waved to spectators from the balcony of Buckingham Palace following a military parade and Royal Air Force flypast, and later oversaw the lighting of the Principal Platinum Jubilee Beacon at her Windsor Castle home.

The festivities will continue with a National Service of Thanksgiving at London’s St Paul’s Cathedral to commemorate the monarch’s 70 years on the throne.

But the queen, who has been forced to cancel a series of engagements recently because of “episodic mobility problems”, will be absent, pulling out late on Thursday and slightly taking the sheen off the day’s party atmosphere.

She will not be the only absentee. Her second son, Prince Andrew, 62, has tested positive for COVID-19 and will also miss the service, a Buckingham Palace spokesman said on Thursday.