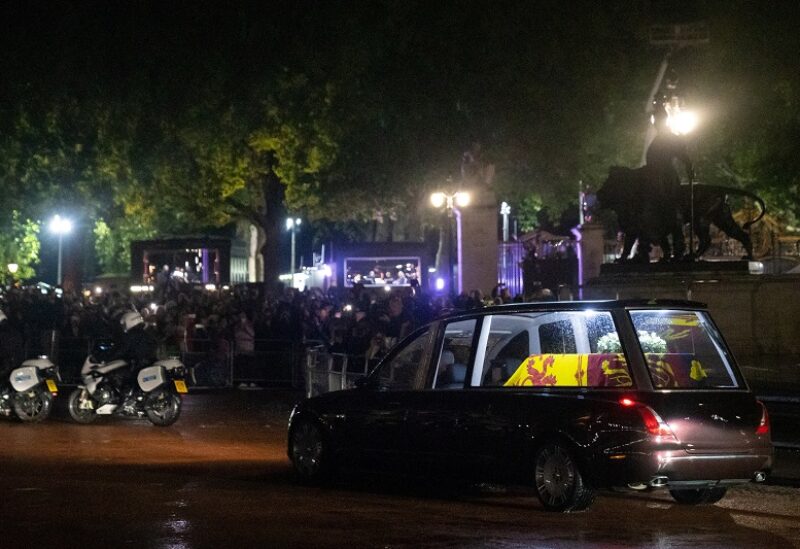 Becoming the most tracked flight in history, Queen Elizabeth II took her final journey on Tuesday night, with the plane that carried the late monarch’s body from Edinburgh back to London.

Just over 5 million people combined followed the flight live on the Flightradar24 website and via its YouTube livestream.

Flightradar24 said the Royal Air Force C-17 Globemaster had more than double the amount of people tracking it online compared to the previous record of 2.2 million views – when US House Speaker Nancy Pelosi visited Taiwan in August.

Outside Buckingham Palace, thousands braved the drizzle as the Queen’s hearse came down the road. When the vehicle entered the gates, onlookers clapped and chanted “God save the queen!”

The state funeral will be held on September 19.
In Canada, Prime Minister Justin Trudeau announced on Tuesday that September 19 would be a holiday for federal employees so they can mourn Queen Elizabeth II on the day of her state funeral, although some provinces like Ontario and Quebec have opted not to declare a public holiday for all citizens.

The funeral will be attended by leaders and dignitaries from around the world. Among them will be Japanese Emperor Naruhito, local media reported early on Wednesday.