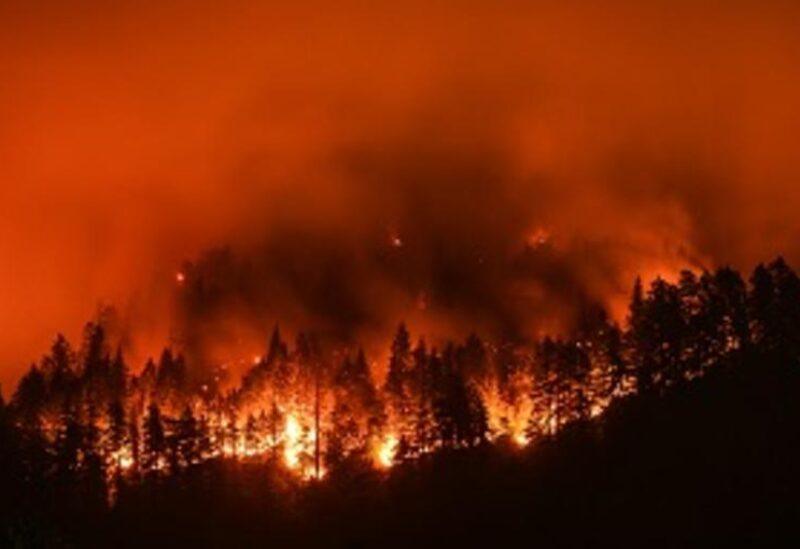 A massive brush fire in southern California communities has gained momentum over the weekend, with authorities preparing to issue evacuation orders to thousands of local residents.

Following strong afternoon winds and warm weather on Sunday, the raging fire has engulfed around 1,325 acres, up from 750 acres on Saturday, with no containment strategy in place.

The Los Angeles Fire Department said the winds may push the blaze northwest – threatening more residential houses – as it rips through dense mountain vegetation that has not been touched in 50 years.

The worst affected has been Topanga Canyon, a remote, wooded community, situated about 32 kilometers west of downtown Los Angeles, on the border with Malibu.

The residents ordered to evacuate Saturday night were those living east of Topanga Canyon Boulevard between the Topanga Community Center and Viewridge Road, as well as those north of Entrada Road, south of Oakwood Drive and east of Henry Ridge Mountain Way, Los Angeles Times reported.

The cause of the fire, which broke out late on Friday, has been deemed “suspicious” and is being investigated, the fire department said.

Investigators at the fire department and police had earlier identified one individual who was detained and later released. They then detained a second suspect who was questioned Sunday evening, according to a statement from fire department spokesperson Margaret Stewart.

Stewart said dozers are working to improve access for firefighters on the ground, but much of the area remains inaccessible.

“This is primarily an air-based operation with both fixed-wing and rotary (helicopters) working together,” she said.

With weather likely to warm up on Monday, the conditions are “expected to change as the vegetation in this area is very dry and has not burned in 50+ years,” the fire department said.

Media reports warned that the California officials and residents were bracing for a harsh 2021 fire season after a second consecutive winter of below-average precipitation left most of the state in drought conditions and millions of acres of terrain ready to burn.

“The fire season in California and across the West is starting earlier and ending later each year,” Cal Fire, the state’s wildfire prevention and fighting agency, said on its website.

“The length of fire season is estimated to have increased by 75 days across the Sierra and seems to correspond with an increase in the extent of the forest fires across the state,” it added.