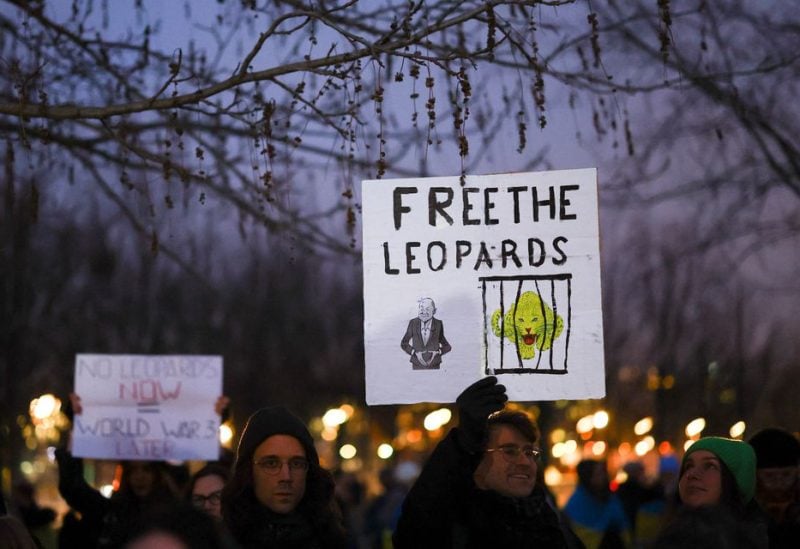 During negotiations in Germany, the US and its allies failed to persuade Berlin to provide Ukraine access to its Leopard combat tanks, a crucial demand from Kyiv as it seeks to regain momentum in its conflict with Russian forces.

The discussions between military chiefs at Ramstein Air Base came to a close without any such accord, as demonstrators in Berlin demanded that their government provide the tanks.

If a compromise could be reached, Berlin stated that it would act fast to permit allies to transfer Leopards in their own arsenals to Ukraine. But even that seemed to be a dead end.

As the talks concluded, Ukraine’s President Volodymyr Zelenskiy acknowledged Kyiv will have to keep fighting to ensure it has enough heavy armour. But he said the Ramstein meeting, which ended with billions of dollars in commitments, would strengthen Ukraine’s resilience.

“Yes, we will still have to fight for the delivery of modern tanks, but every day we make it more obvious that there is no alternative to taking a decision about tanks,” he said.

Chancellor Olaf Scholz, whose Social Democrat party is traditionally deeply sceptical of military involvements and wary of sudden moves that could cause Moscow to escalate further in Ukraine, insists Germany will only move in concert with allies, a position echoed by new defence minister Boris Pistorius.

“There are good reasons for the (tank) deliveries and there are good reasons against, and in view of the entire situation of a war that has been ongoing for almost one year, all pros and cons must be weighed very carefully,” he said, without elaborating on the reasons.