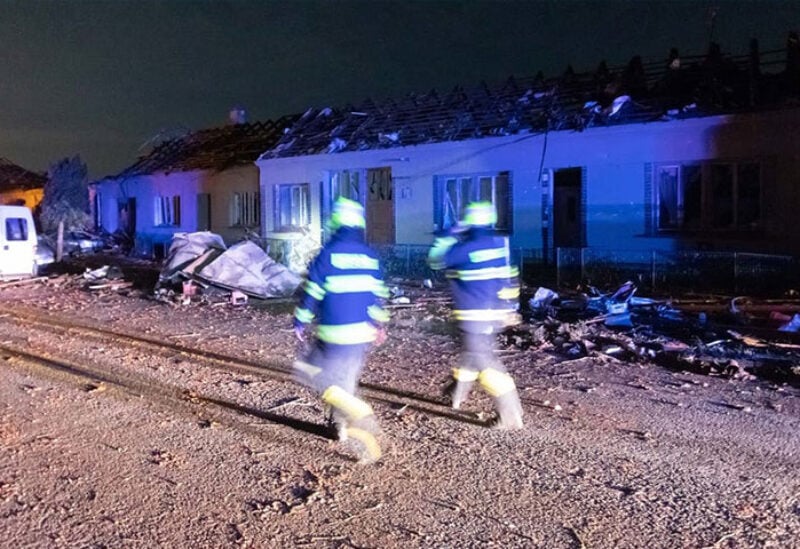 The rare tornado formed late Thursday killed at least three people and injured hundreds. Seven towns and villages have been badly damaged, with entire buildings turned into ruins and cars overturned. Over 120,000 households were without electricity.

Some 360 extra police officers were sent to the area, together with the military. The rescuers from many parts of the country who came to help were joined by their counterparts from nearby Austria and Slovakia.

They were using drones and helicopters to search the rubble.

“It’s a huge tragedy,” Prime Minister Andrej Babis said. Babis was in Brussels to attend an EU summit and was planning to visit the damage-hit region on Friday.

“The church is without the tower, the elementary school has no roof and insulation any more, only walls remained from what were houses. There’re injured, it’s really terrible.”