“Reaching parliament with a united opposition will make a difference,” asserts Frem 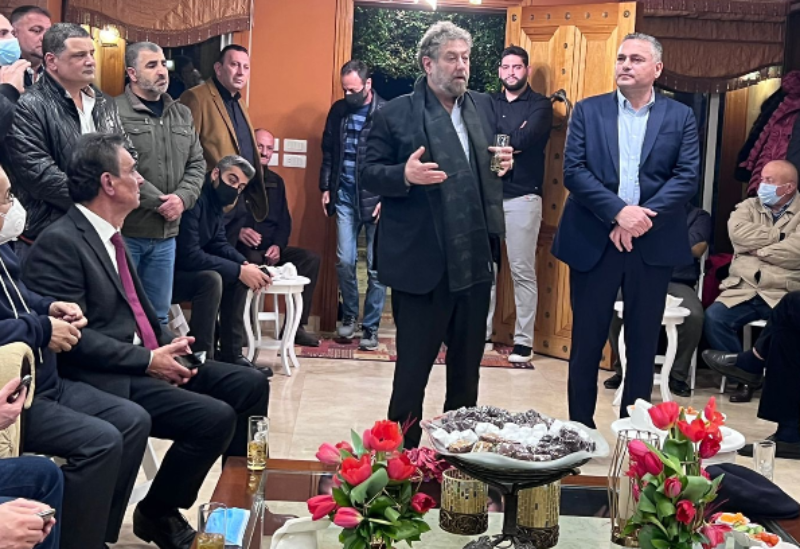 Head of the Executive Council of “Project Watan,” resigned MP Neamat Frem, stressed today that the goal of this project is to liberate the seeds of the state from the political farms that brought the country to its current situation, and from the principle of quotas that the authority adopted to rob all sectors and institutions for the last 30 years and more…

Frem deemed that “the state’s approach to the people made them lose their belonging to Lebanon.”

Speaking during a meeting held at the residence of the head of “Auxilia Foundation”, Abdo Abi Khalil, in the town of Lehfed in Jbeil district earlier today, Frem said: “The enemy of the citizen is the political class whose interest is for Lebanon to remain destroyed so as to ensure the continuity of their interests. From here comes the project’s ultimate goal, which is the citizen, to restore his/her good relationship with the state and its institutions.”

Frem emphasized that reaching parliament in a unified opposition will make a difference at the level of legislation and the introduction of new projects to activate the productivity of the state and keep pace with technological development.

He also called on citizens to “interact with state-building projects, support them to reach their goal and achieve their broad headlines set as a basis for restoring the state and reviving the concept of national affiliation.”

Moreover, Frem highlighted the essential role of supporting the opposition as a national duty in undergoing the upcoming elections.