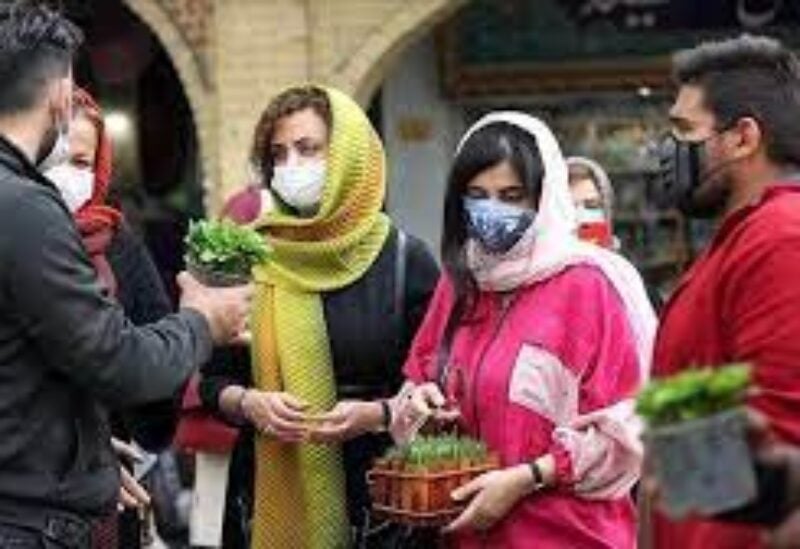 The Iranian health ministry declared that recorded deaths from Covid in Iran passed the 100,000 mark on Thursday, amid tighter restrictions nationwide to contain the spread of the virus.

Iranian health officials have acknowledged that the ministry’s figures almost certainly understate the real toll but even they make Iran much the worst-hit Middle Eastern country.

Since late June, Iran has seen what officials have called a “fifth wave” of infections, the country’s worst yet, which they have largely blamed on the more contagious Delta variant of the virus.

“Infections and hospitalization numbers have stabilized in 14 provinces … but fatalities are expected to be on a relatively rising trajectory in coming days,” deputy health minister Iraj Harirchi told Iran’s ISNA news agency Wednesday.

The latest measures, which are in force nationwide, include a ban on private travel between provinces until August 27 as well as the closure until Saturday of government buildings, banks and non-essential shops.

On Thursday, ISNA reported that some motorists have got round the restrictions by taking the bus and using trucks to transport their cars to tourist destinations like Gilan province on the Caspian Sea coast.

The tighter regulations coincided with the run-up to the Shiite commemoration of Ashura on Thursday, when the faithful normally flock to mosques and other venues for mourning rituals and other gatherings.

But the restrictions did not apply to processions held out in the open.

“The people’s behavior (at the) events can decide the fate and future of corona in the country,” Harirchi said.

Iran has avoided imposing a full lockdown on its 83-million-strong population, instead resorting to piecemeal measures such as temporary travel bans and business closures.

Iran launched a vaccination drive in February but it has progressed slower than authorities had planned.

Choked by US sanctions that have made it difficult to transfer money abroad, Iran says it has struggled to import vaccines.

On Wednesday, President Ebrahim Raisi appealed to China and Russia to increase their vaccine deliveries to Iran.

In a telephone call with Chinese President Xi Jinping, he said he hoped Beijing would “accelerate procurement of millions of doses purchased.”

In a separate call with Russian President Vladimir Putin, he said Iran requests “more shipments” during its current “special circumstances.”

More than 16.2 million people have been given a first vaccine dose, but only 5.2 million have received the second, the health ministry said Thursday.

Iran has imported a total of 25.5 million vaccine doses since February 3, according to customs department figures reported by state television.

As well as China’s Sinopharm, Iran is administering Russia’s Sputnik V, India’s Bharat Biotech and the Anglo-Swedish AstraZeneca vaccines, according to the health ministry.

Authorities have also approved the emergency use of two domestically developed vaccines, but the only mass-produced one, COVIran Barekat, is in short supply.