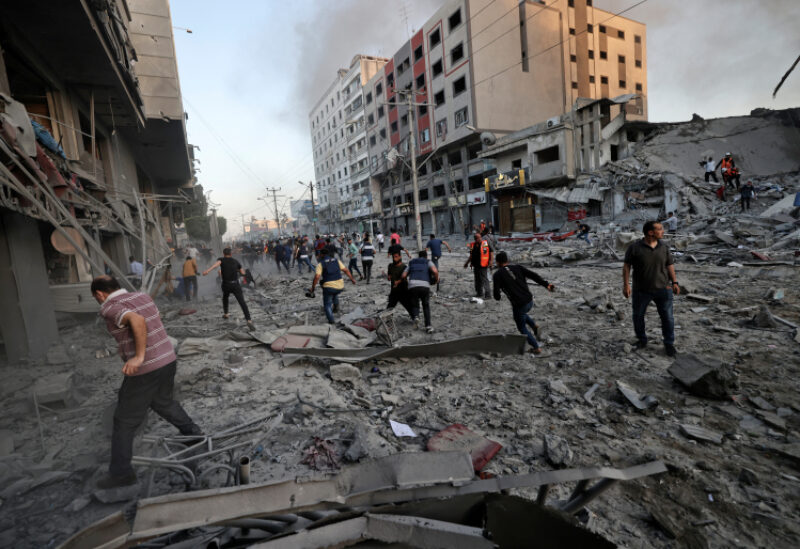 Robert Mardini, head of the International Committee of the Red Cross (ICRC), called on Israel and the Palestinians on Wednesday to reach a political solution in order to prevent violence like last month’s hostilities over the Gaza Strip border.

On his first visit to Gaza in four years, Mardini toured areas devastated by Israeli bombardments during the eleven days of fighting, including a road where 42 people perished.

“It is really heart-breaking to see and to hear about the people who paid the ultimate cost of this escalation – women, children, civilians who were living safely in their apartments and were caught in this rubble that we see behind us,” he told Reuters.

“I hope this is the last time I am coming to witness yet again the results and the humanitarian impact of yet again another cycle of violence and escalation.”

Mardini said: “What is really needed is political leadership on all sides to avoid that people yet again are in the line of fire because of yet again another round of escalation.”

“Political leadership to find a sustainable solution that is more sustainable than what we have been witnessing over the past decade and more.”

Asked whether he would discuss the prospects of a new prisoners’ swap deal while the region, Mardini said the ICRC stood ready to help the parties should there be a deal.

“We have repeatedly offered our services as a neutral intermediary, so we will be renewing this offer yet again,” he added.