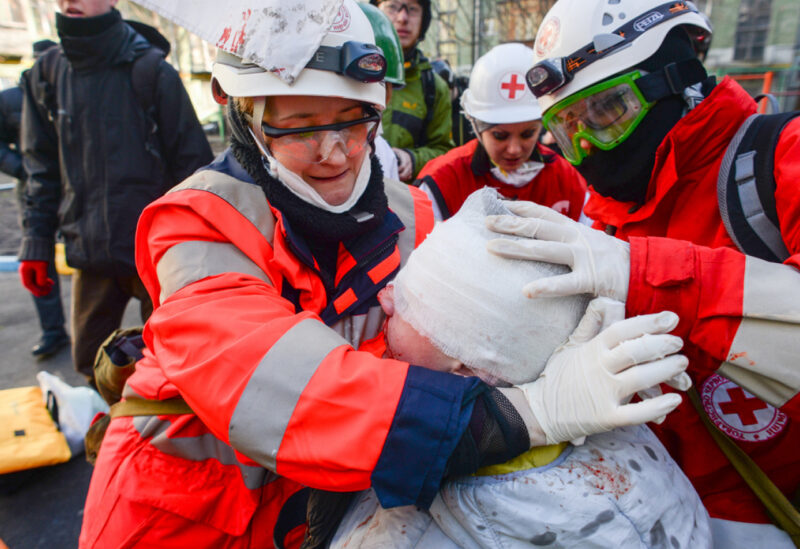 Hundreds of thousands of people in eastern Ukraine are living in deplorable conditions, with limited access to basic services and constant threat from shelling and landmines, according to the Red Cross, amid rising tensions between Kiev and Moscow.

With governments currently focused on Russia’s massing of soldiers around Ukraine’s borders, there is a major risk that they may ignore the continued agony of civilians caught in the crossfire between Kyiv’s forces and Russian-backed rebels in eastern Ukraine, it added.

Despite numerous ceasefires, low-level confrontations continue, sometimes resulting in civilian casualties or damage to key infrastructure like as water pumping stations, according to a senior International Committee of the Red Cross official (ICRC).

“There are heavily inhabited regions that are routinely subjected to direct consequences of gunfire, shelling, and other forms of violence. Mines and unexploded ordnance have killed people “Martin Schuepp, ICRC regional director for Europe and Central Asia, made the statement.

“Hundreds of thousands of people have been affected and continue to be affected by this conflict, and I think that is something that is too often overlooked somehow in the current situation,” he told Reuters in an interview at ICRC headquarters.

Russia has massed more than 100,000 troops on the Ukrainian border, fueling Western fears of an invasion that could cause a much greater humanitarian disaster. Moscow denies planning to invade but says it could take unspecified military action unless the West addresses its security concerns.

The ICRC has been delivering vital aid supplies since 2014 on both sides of the ‘line of contact’ that divides eastern Ukraine, and many families, said Schuepp, a Swiss national.

He described the cumulative psychological toll on people who must remain constantly attentive to landmines, who may be woken at any time of the night by artillery fire and whose children may have to dash for shelter while walking to school.

The ICRC deploys 600 aid workers in Ukraine, including 400 in the east, its 10th largest operation worldwide, Schuepp said.

It delivered medical supplies last year to 51 hospitals on both sides of the line of contact, provided food to families and helped repair damaged homes ahead of the winter. It also visits detainees and is trying to trace 800 missing persons in a war that Kyiv says has claimed more than 14,000 lives.

Asked whether the ICRC was bolstering its capacity ahead of a possible wider conflict in Ukraine, Schuepp said it had “emergency stocks to respond to unforeseen needs”. He declined to comment further on ICRC contingency plans.