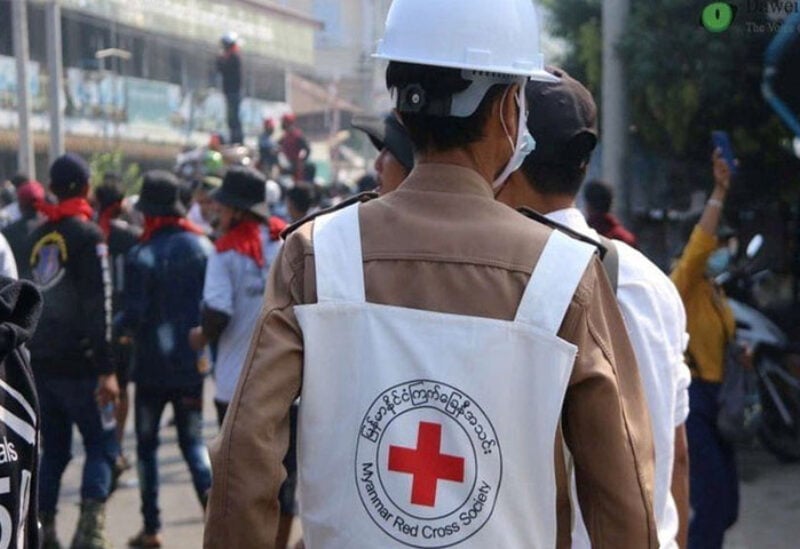 The International Federation of Red Cross and Red Crescent Societies said on Friday that their volunteers have been injured while helping people hurt in violence in Myanmar.

At least 55 people have been killed in Myanmar since a February 1 military coup, according to a United Nations tally.

More than 1,700 people have been arrested and many people, including medics, have been beaten by members of the security forces.

“There have been very serious incidents where Red Cross volunteers were injured and wrongfully arrested. Red Cross ambulances have also been damaged,” Alexander Matheou, the IFRC’s Asia Pacific regional director, said in a statement.

Matheou said the injured Myanmar Red Cross volunteers had been providing life-saving treatment to wounded people in line with fundamental principles of humanity, neutrality and impartiality.

“Red Cross volunteers should never be targeted,” he said.

“The IFRC urges restraint and a halt to violence across Myanmar.”