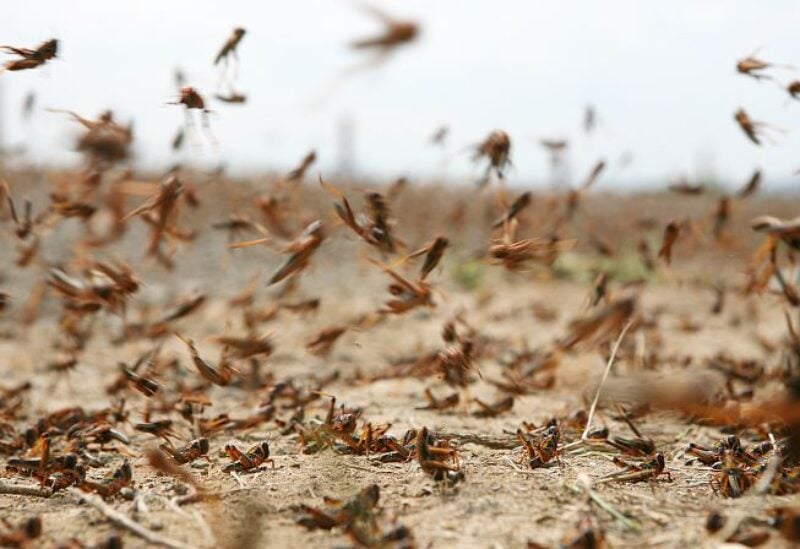 Namibia is struggling to contain a third wave of an African migratory red locust outbreak, which has now destroyed 719,000 hectares of grazing land and 1,207 hectares of crop fields in 10 of the country’s 14 regions, the agriculture ministry reported on Tuesday.

The latest outbreak of the large, red-winged grasshopper species, which is common to sub-Saharan Africa and breeds prolifically in conditions of drought followed by rain and rapid vegetation growth, started in December 2020.

The Karas region along the South African border, which is renowned for small stock farming as well as diamond mining, is the hardest hit, with 775,000 hectares of grazing partly affected.

Grazing land in the fertile Zambezi region, which borders Zambia, Zimbabwe, Angola and Botswana, has also been damaged significantly.

Matongela said it has been a challenge for Namibia to contain the locust outbreak since most of the swarms are flying in from neighboring Zambia and Botswana.

“To contain the locust outbreak with aerial spraying is quite a challenge because of how the community or villages are set up, as the pesticides could be harmful to humans and animals,” he said.

The Food and Agriculture Organization is among 7 international bodies and local farming organisations providing technical help and materials in a bid to combat the locust swarms.