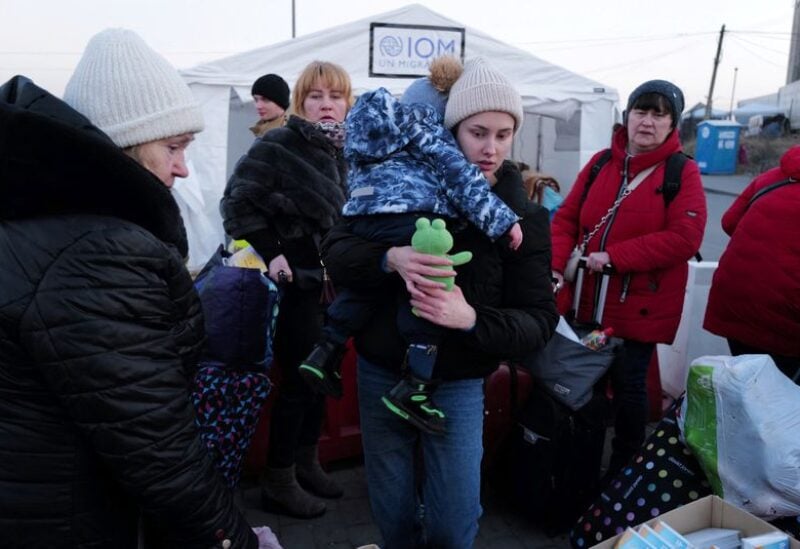 People fleeing western Ukraine’s relative safety joined thousands of others crossing into eastern Europe on Monday after Russia attacked a Ukrainian base near the border with NATO member Poland.

On Sunday, 35 people were killed at the base, according to Ukraine. According to Moscow, up to 180 “foreign mercenaries” were killed, and a large number of foreign weapons were destroyed.

Ukraine also reported renewed air strikes on an airport in the country’s west.

The number of refugees fleeing Ukraine since Russia invaded on Feb. 24 climbed to more than 2.8 million, United Nations data showed on Monday, in what has become Europe’s fastest growing refugee crisis since World War Two.

European Union officials have said 5 million may end up fleeing while others have put the figure higher.

Millions of people have also been displaced inside Ukraine, with many evacuated only as far as the quieter western regions, including to cities like Lviv.

Myroslava, 52, fled her home in the Ternopil region, in western Ukraine, and was waiting in a terminal of Krakow station in Poland to be picked up by acquaintances. She did not know where she would stay.

“We left because of the attack yesterday,” she said, adding that she had hoped western Ukraine would be safe. “We weren’t planning to leave, but as it was so close we decided to.”

Polish Prime Minister Mateusz Morawiecki told a news conference with his counterparts from Ukraine and Lithuania that the attack near its border showed Russia wanted to “create panic among the civilian population”.

Mira from Kyiv, travelling with her mother to Warsaw, said she had been surprised by the Russian attack near Lviv. “I just panicked and felt scared,” she said.