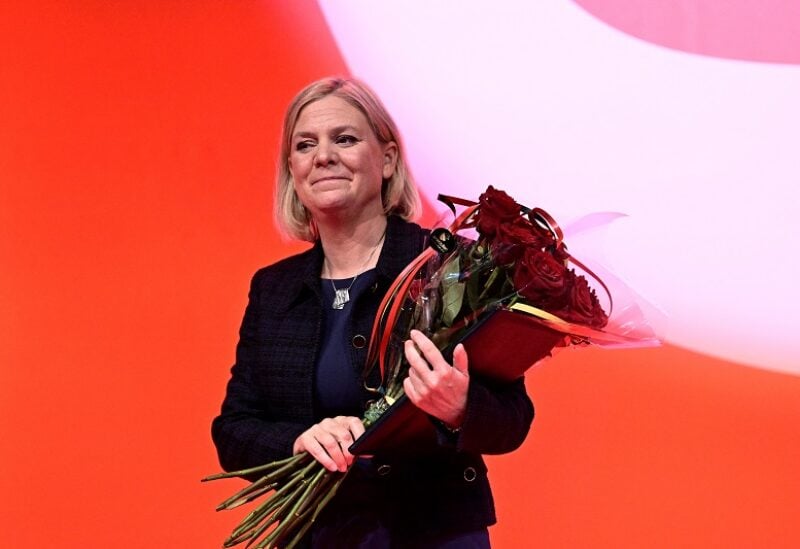 As signs point to a new right-wing government being formed after Sunday’s general election, Swedish Prime Minister Magdalena Andersson’s center-left coalition government looks likely to be voted out of office.

Parliamentary votes in over 6,100 districts have now been counted, which corresponds to 93% of the vote.

The right-wing bloc that includes the Moderates, Sweden Democrats, Christian Democrats and Liberals have 176 seats in the Swedish parliament, or Riksdag.

According to preliminary figures, the ruling Social Democrats together with other centrist left parties have 173 seats out of 349 seats.

The election is too close to call, however, as there are still votes to be counted.

Moderate Party leader Ulf Kristersson gave a speech to party members, saying he knows “there is a lot of frustration in our country right now, a fear of violence, concern about the economy.”

He stressed that he is ready to do everything he can to “create a new, stable and capable government for the whole of Sweden and all citizens.”

The far-right Sweden Democrats have become the second largest party in the Riksdag, a spot held by the Moderates.

Andersson underlined that the final election results are still uncertain.

“I can see one thing right now — we Social Democrats have made a good choice.
“Support for us has increased, and it is clear that Swedish social democracy is strong,” she said.

An exit poll by TV4 predicted earlier that the left bloc headed by the ruling Social Democrats collected 50.6% while one by SVT showed they will get 49.8% against 49.2% by the right-wing bloc led by the Moderates.

However, exit polls have proven not to always be correct when it comes to the final election results.