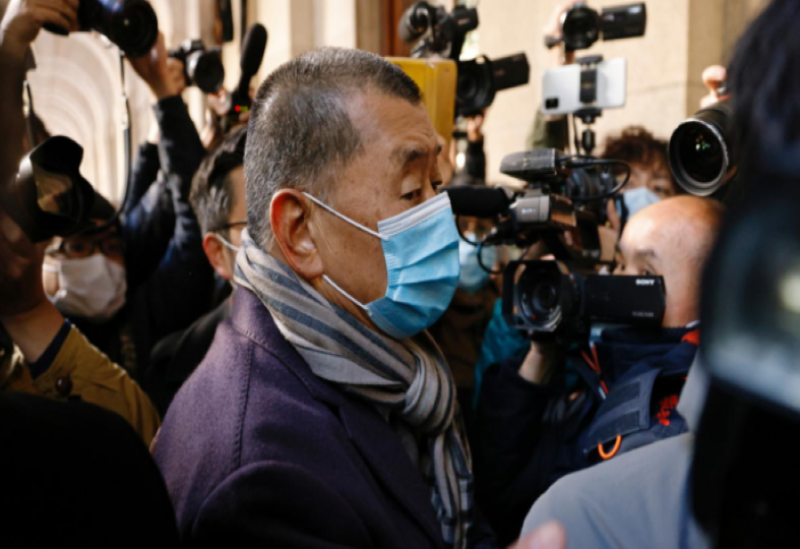 The petition was delivered to a government delegate outside Hong Kong’s government offices by more than a dozen Christian and Catholic organisations and leaders.

“She may be active in petitioning Beijing for amnesty,” said Catholic priest Franco Mella, referring to Hong Kong leader Carrie Lam, who is a devoted Catholic.

“Let us hope she listens to her conscience as a Catholic,” Mella added, joined by Reverend Chi Wood Fung, a Hong Kong Anglican pastor and former politician. “I hope more people speak up about the potential of amnesty for them.”

Lam’s office did not immediately reply to a request for comment from Reuters.

Among the signatories were Reverend Alan Smith of St. Albans in the United Kingdom and Lord Eames, the former Archbishop of Armagh in Ireland. Mella expressed hope that the Pope will “add his voice” in speaking out on Hong Kong’s human rights problems.

In June 2020, China enacted a broad national security law that made subversion, cooperation with foreign forces, terrorism, and secession punishable by life imprisonment. More than 160 individuals have been arrested as a result of the law.

According to several Western nations and rights organizations, authorities are utilizing the law to stifle dissent and limit freedoms.

Chinese and Hong Kong authorities, on the other hand, claim that the law has restored stability to the financial centre following a year of pro-democracy rallies.

47 pro-democracy activists and former MPs detained in a large raid in early 2021, as well as former media billionaire and China critic Lai, are among the most notable national security legislation defendants.

Although some of Hong Kong’s political and commercial elites, like Lam, are Catholic and pro-Beijing, other Catholics, notably Lai and former law professor Benny Tai, have long been involved in pro-democracy and anti-government initiatives.

Some commentators regard Hong Kong’s vast religious liberties and traditions, as well as the rule of law, as one of the last bastions of the “one nation, two systems” paradigm, under which Britain returned its former territory to Chinese sovereignty in 1997.

The Basic Law, the mini-constitution that administers “one country, two systems,” clearly guarantees for religious freedom and freedom of conscience.