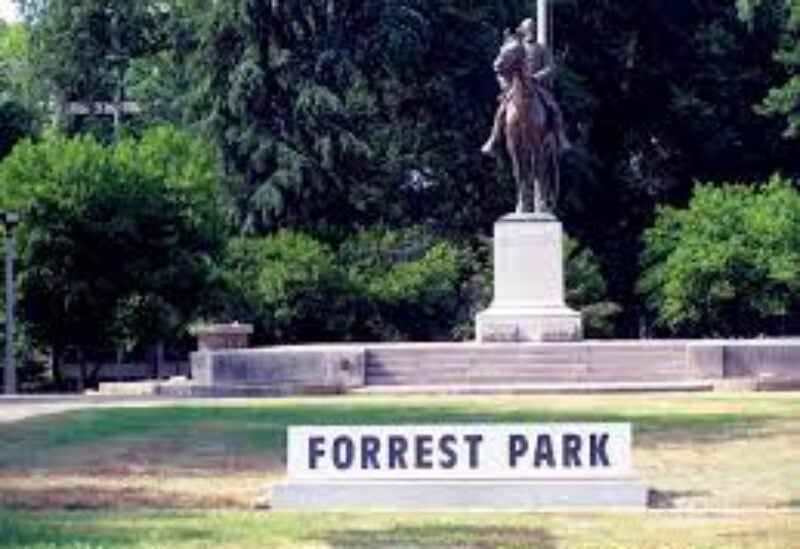 A project to relocate the remains of a Ku Klux Klan leader from a park in the southern United States – the most recent action in a continuing reckoning over symbols that critics say honour the country’s racist past – has begun.

Nathan Bedford Forrest was a leading pro-slavery Confederate army general during the American Civil War, and the first leader, or “Grand Wizard”, of the racist Ku Klux Klan organisation from 1867 to 1869.The remains of Forrest, who died in 1877, have long been marked by a pedestal in a park in Memphis, Tennessee. The pedestal held a statue of Forrest from 1904 to 2017, after it was removed by the non-profit that owns the park.

On Tuesday, construction began to remove the pedestal, the first step in disinterring the body of Forrest and his wife, which came after a lengthy grassroots movement and legal manoeuvring by local officials.

Despite the group dropping a lawsuit and agreeing to move the remains last year, tensions remained high on Tuesday, according to local media.

Tami Sawyer, a Shelby County commissioner who spearheaded the effort, had a brief confrontation with workers at the site on Tuesday as they dumped debris onto a Black Lives Matter sign painted on the ground near the pedestal, according to the local Commercial Appeal newspaper.

One worker carried a Confederate flag and sang the unofficial anthem of the Confederate states – Dixie’s Land – as Sawyer spoke to reporters.

Debate over removing Confederate memorials has been simmering in the US for years as the country examines its complicated racial past. The movement has gained new life amid a renewed push for racial justice following several high-profile killings of Black people by police in 2020.

The issue is particularly sensitive in Memphis, where civil rights leader Martin Luther King Jr was assassinated on April 4, 1968.

Forrest remains a controversial fi gure in Southern history, with some celebrating his Confederate military career.

A slave trader and owner of cotton plantations, Forrest’s troops were accused of executing hundreds of surrendering African American Union Army soldiers at the Battle of Fort Pillow in 1864.