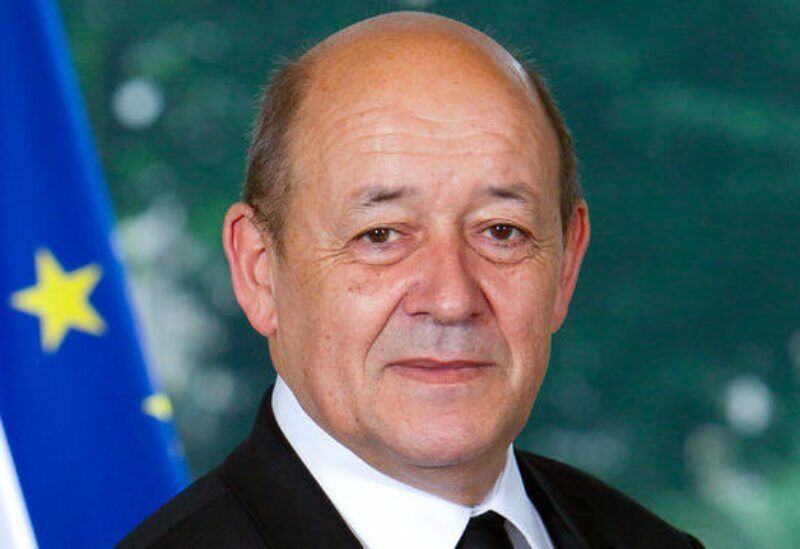 Despite expressing his fears that Iran is playing for time, France’s foreign minister Jean-Yves Le Drian said that talks on reviving the 2015 Iran nuclear deal are expected to resume on Thursday
“The elements… are not very encouraging,” French Foreign Minister told a French parliament committee, referring to the seventh round of nuclear talks between Iran and major powers that began on Nov. 29 and paused on Friday.
“We have the feeling the Iranians want to make it last and the longer the talks last, the more they go back on their commitments … and get closer to capacity to get a nuclear weapon,” Le Drian said.
Under the 2015 deal struck by Tehran and six major powers, Iran limited its nuclear program in return for relief from US, European Union and UN sanctions.
Then-President Donald Trump pulled the United States out of the deal in 2018 and reimposed harsh US sanctions, and Iran began violating the nuclear restrictions a year later.
While Le Drian and Iranian media reports said talks were expected to resume Thursday, a senior US State Department official said Washington did not yet have a confirmed date.
The indirect US-Iranian talks in Vienna, in which other diplomats shuttle between them because Tehran refuses direct talks with Washington, aim to get both sides to resume compliance with the deal.
However, last week’s discussions broke off with European and US officials voicing dismay at sweeping demands by Iran’s new, hard-line government under anti-Western President Ebrahim Raisi, whose June election caused a five-month pause in the talks.
A senior US official on Saturday said Iran abandoned any compromises it had made in the previous six rounds of talks, pocketed those made by others, and demanded more last week.
Each side appears to be trying to blame the other for the lack of progress.
US National Security Adviser Jake Sullivan said the presidents of the United States and Russia — two of the six major powers in the deal along with Britain, China, France, and Germany — had a “productive” discussion about Iran on Tuesday.
“The more Iran demonstrates a lack of seriousness at the negotiating table, the more unity there is among the P5+1 and the more they will be exposed as the isolated party in this negotiation,” he told reporters, referring to the six powers.
Speaking on Monday, Central Intelligence Agency Director Bill Burns said the agency does not believe Iran’s supreme leader has decided to take steps to “weaponize” a nuclear device but noted that it has made advances in its ability to enrich uranium, one pathway to the fissile material for a bomb.
Iran denies seeking nuclear weapons, saying it only wants to master nuclear technology for peaceful purposes.
“We don’t see any evidence as an agency right now that Iran’s supreme leader has made a decision to move to weaponize,” Burns told the Wall Street Journal’s CEO Council Summit.
Burns described Iran’s challenge as “a three-legged race” to obtain fissile material, to “weaponize” by placing such material into a device designed to cause a nuclear explosion, and to mate it to a delivery system such as a ballistic missile.
On weaponization, Burns said “the Iranians still have a lot of work to do there as far as we judge it.”