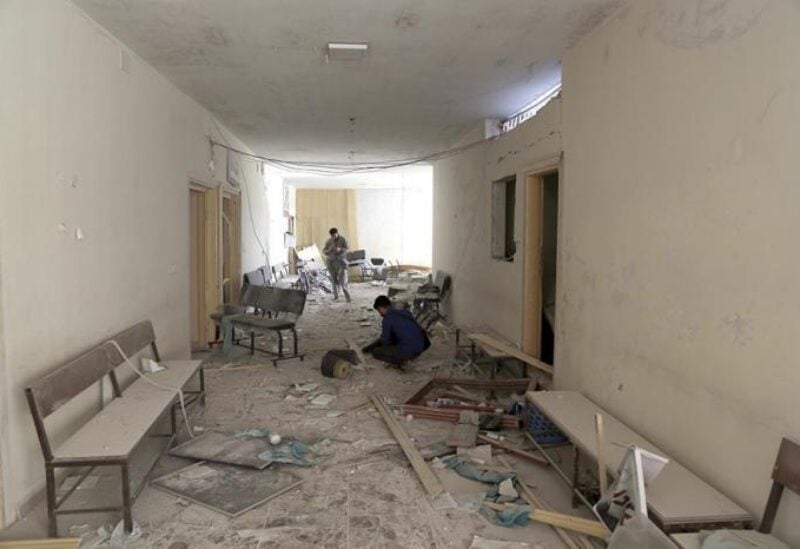 Amid reciprocal blames between Russia and Turkey on the latest bombardment on Syria, tempers on the Turkish and Russian sides have frayed once again as warplanes targeted opposition-held areas on Sunday in a country already engulfed by a civil war.

In a conflict that is yet to see face to face confrontation between the pair, Syrians on the ground in the rebel-held northwest usually take the brunt of the proxy battles.

In Sunday’s attacks, a woman and a child were among seven civilians killed when mortar rounds hit a hospital in the city of Atareb.

Ankara blamed Russian-backed Syrian government forces for the attack. But Syria and Russia say they only target militant groups and deny any indiscriminate shelling of civilian areas, or deliberate attacks on hospitals and infrastructure.

In another attack on Sunday, Russian jets targeted the Bab Al Hawa area, which is located at the Syrian-Turkish border.

The attack damaged a gas facility near Samada city, in Idlib province, cement factory, and several towns and cities near Syria’s border with Turkey. Eyewitnesses say one air strike came close to hitting the densely populated refugee camps in the area.

It’s the latest attack on fuel facilities that are an economic lifeline for a region home to more than four million people.

Syrian activists have blamed Russia for a missile strike earlier this month that set dozens of local oil refineries ablaze. Verified footage of the attack was widely shared on social media.

The hospital in Al Atareb was targeted on Sunday even though its operator, a partner of the International Rescue Committee (IRC), said it had shared the locations and co-ordinates with the Russians through a UN system to protect its relief efforts.

The medical facility was so severely damaged that it can no longer be used. The strike was the fifth attack on health care infrastructure recorded so far this year, and brings the total number of attacks on health care facilities to 118 since January 2019, according to IRC estimates.

“Health facilities are protected under international law and should be safe havens in times of crisis, but after 10 years of war this is not the case in Syria. Past experience shows that any sharp rise in attacks on health care in the northwest can foreshadow a new escalation in violence,” the IRC said in a statement.

Such incidents in northern Syria ramp up tension between Turkey and Russia, which back opposing sides in the war.